One part gear, one part mindset 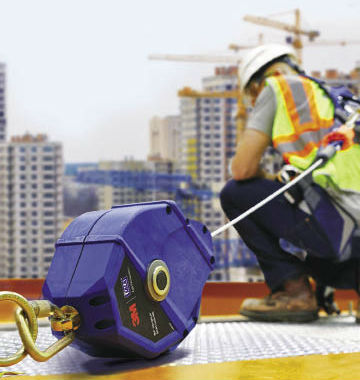 If recent video footage of a free-swinging window-washing rig in downtown Edmonton isn’t enough to convince workers about the importance of fall-protection gear, fatality statistics should be.

Of the 951 Canadian workplace deaths recorded in 2017, 63 were due to falls from heights, according to John Fuke, technical services manager at 3M Fall Protection in Mississauga, Ont.

Fall protection continues to be a main issue in workplace safety, as too many workers still believe they are immune to this type of injury, he says.

“It’s something that seems to be ingrained in people,” says Fuke. “And if a safety philosophy is not being pursued within an organization, then people will live to that credo. It has to be reinforced through organizational thinking.”

In general, Canadian workers need to wear protective gear at heights over three metres, though the standard is lower in some jurisdictions, he says.

South of the border, workplace fatalities caused by falls from heights are second only to automobile accidents — with 700 to 850 occurring each year in the United States, according to Chris Irwin, global fall protection trainer with MSA in Cranberry, Pa.

“The information’s out there — it’s just that there’s so much that I think it’s hard for a lot of people to get their arms around everything,” he says. “The methods of control that are used to deal with the issue are fairly varied. So, different situations will typically lend themselves better to different types of fall-protection controls.”

Regulatory review and enforcement are also an issue, says Fuke, who would prefer to see penalized employers receive a list of options to become compliant.

“I’m not saying give the solution, but give them a direction,” he says. “Give them a map. Give them an arrow.”

Misuses vary from incorrect usage — such as tying knots in vertical lines — to outdated gear, with some employers continuing to use entry-level gear simply because fall protection is not considered in worksite planning, says Fuke.

Common misuses include the following:

1. Harnesses worn incorrectly with leg straps too low or chest straps too loose due to “perceived restriction.” Falling in this type of scenario could cause enhanced trauma to the pelvic area, he says. “The pain is ridiculous; it can actually kill you.” If upper straps are not tightened properly, a user could squirt out of the harness in a fall.

2. Rope grabs of inappropriate length. Roofers often use lifelines with six-foot lanyards when requirements indicate three feet or shorter is necessary. “If you have twice the freefall that you’re allowed, you’ll blow through the energy absorber in a 12-foot freefall,” says Fuke. “The lifeline and the rope grab are not designed for that kind of impact. Because of that misuse, CSA has chosen to put the 30-inch permanently affixed lanyard to the rope grab.”

3. Using a standard SRL (self-retracting lifeline) that’s not made for foot-level anchorage to tie off in a construction application. “Again, you’re increasing freefall beyond the capacity of the device and you expose the lifeline to an edge [which could sever the lifeline].”

Tying off at foot level when equipment is only designed for overhead tie-off is another misuse, says Irwin.

“There are a lot of things that regular users do on a regular basis that they don’t understand how dangerous it can be to them if they were to fall,” he says. “They think they’re hooked up. And they think that everything is okay because they’re tied off. But there’s much more to the big picture.” 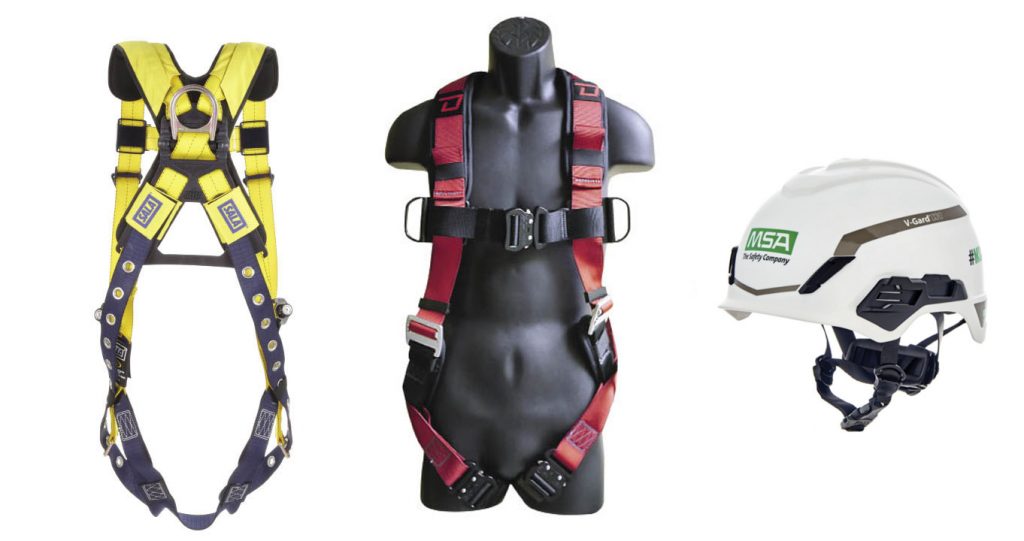 Fall-protection accessories are available in Canada from manufacturers such as Dynamic, MSA and 3M. (Photos submitted)

Fall protection equipment is not standardized, but rather depends on the hazards and occupations present at the jobsite, says Fuke.

Following the ABCs of fall protection is a solid way of ensuring safety and compliance, says Fuke.

• A is for anchorage connector. It must suit both application and anchor position.

• B is for body support device or harness. “We don’t rely on belts anymore for fall arrest. You can for restraint, but we don’t recommend it,” he says.

• C is for connector perspective. Workers can use lanyards, SRLs or hybrids, depending on the task and need for vertical or horizontal mobility, says Fuke.

• There’s also one more — D is for descent and rescue. “How are you going to get the guy down? What are the key elements that you need and the key products that you need to get that person… out of a fall situation?”

“In the 10 years that I’ve been doing this, it really has advanced a lot when it comes to padding — the way the straps sit on your body when you’re wearing the harness; features — whether it be tool loops… anti-suspension trauma straps, there are definitely a lot of updates,” he says.

“When it comes to fall protection gear, that which is lighter, more comfortable to wear and — definitely when it comes to costs — what is affordable is going to be the stuff that employers are going to buy.”

Today’s hot topic in fall protection is leading edge, says Irwin, as some traditional gear has not held up when a worker has dropped over a sharp edge.

Advancements are taking this into consideration in terms of larger cables and self-retracting lifelines — including connecting the energy absorber directly to the user to lessen the amount of force on the cable when it bends at 90 degrees over a leading edge, he says.

Forming a proper fall-protection plan that adheres to regulations is a great first step towards establishing a safe environment, says Irwin.

“There’s the requirement to lay out your personnel — who’s going to be involved in this program,” he says. “Typically, we’d be talking about a fall-protection program administrator to be in charge of making sure roles are assigned and training takes place.”

Fall hazards need to be identified while workers exposed to them require training.

“At a high level, you need to find your personnel,” says Irwin. “You should know what jobs have fall exposures and then decide who in those jobs are going to fall into those particular roles.”

Following this, a process for identifying fall risks on a job-by-job and project-by-project basis would need to be completed. Controls will change slightly as job type changes, he says.

“That’s where having someone who is properly trained on the regulations and who is knowledgeable about the equipment that exists to mitigate the hazards really is important, because they can step in.”

Keeping up with changes in technology and legislation is also crucial, says Irwin.

This Safety Gear feature was published in the Nov/Dec 2019 issue of OHS Canada.