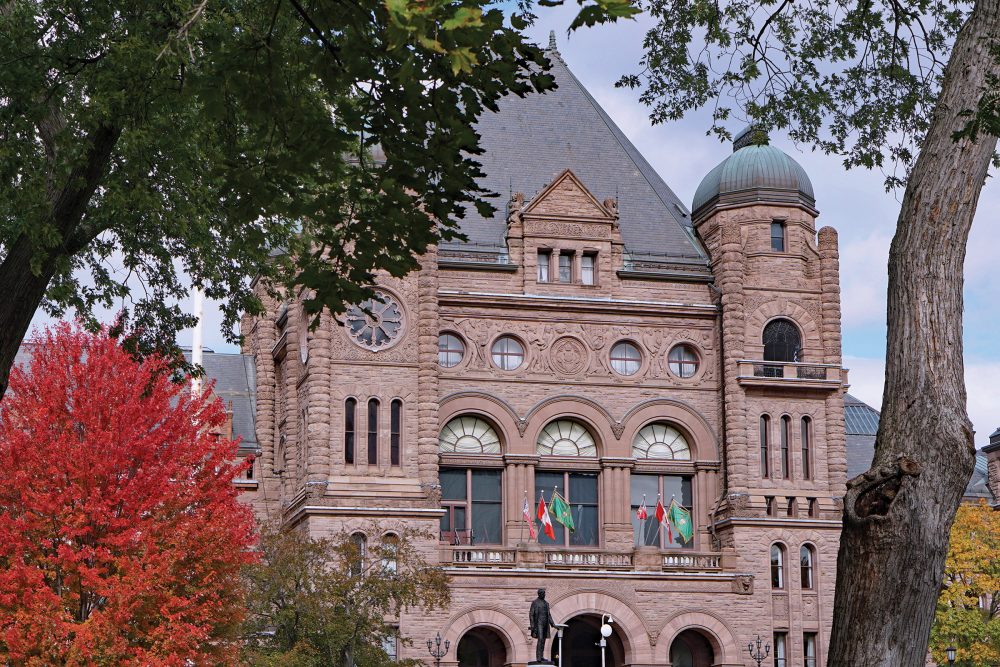 Ontario has passed its new workplace legislation, the Working for Workers Act, 2022. It is now in front of the Lieutenant Governor awaiting royal assent.

The law contains some significant health and safety revisions, along with other general workplace changes.

Monte McNaughton, Minister of Labour, Training and Skills Development, called the legislation “historic” and a “significant win” for workers.

The province is mandating that workplaces with a risk of opioid overdoses have naloxone kits on site.

It previously said that high-risk workplaces include bars, night clubs and construction sites.

But the language in the act seems more broad – “if the employer becomes aware, or ought reasonably to be aware, that there may be a risk of a worker having an opioid overdose at a workplace.”

“The employer shall ensure that, at any time there are workers in the workplace, the naloxone kit is in the charge of a worker who works in the vicinity of the kit and who has received the training described (in the legislation),” it reads.

“We are also increasing Ontario’s occupational health and safety fines to be the highest in Canada for businesses that fail to keep workers safe,” he said. “Every worker deserves to come home to their family after a hard day’s work, and safety can never be a cost of doing business.”

In addition, there is a maximum jail sentence available of up to 12 months, unchanged from the current law. The limitation period is also being doubled to two years.

The province is also defining “aggravating factors” for the purposes of determining a penalty. These factors include:

Ontario is the first province in Canada to pass foundational rights and protections for hardworking people who provide ride-share, delivery, or courier services through digital platforms, he said.

“There is no blueprint in Canada for these changes, and gig workers in Ontario will be significantly better off than their counterparts in any other province,” said McNaughton.”Our workers-first plan to build stronger families also requires larger employers to disclose how they are monitoring their workers electronically. With more people in Ontario than ever before working from home, families deserve to know if, how, and why their employers are monitoring their devices so they can protect their privacy.”

McNaughton also said the legislation contains changes to make it easier for out-of-province workers to move to Ontario.

“Finally, for our brave military reservists who put their lives on hold to protect our great country, we are making sure their day jobs will be waiting for them when they return home after being deployed or participating in military training,” said McNaughton.

“Everything our government is doing is about building an economy that works for workers. These generational changes are the first of their kind – not only in Canada but across North America. They build on measures we passed last fall through our first Working for Workers Act, which is already changing lives and improving working conditions for millions of workers and their families.”

Read the full text of the act at https://www.ola.org/en/legislative-business/bills/parliament-42/session-2/bill-88