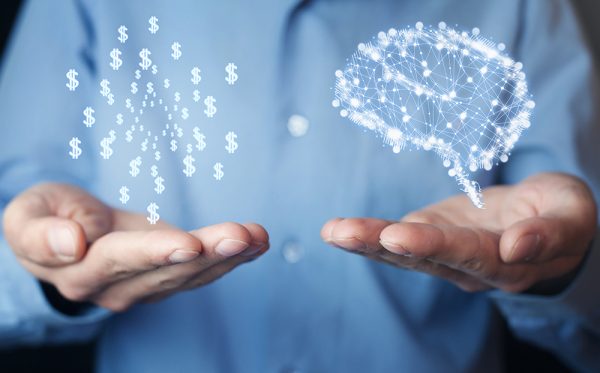 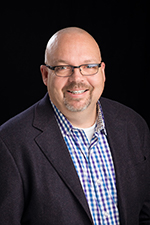 Jeff Simpson doesn’t need a calculator or a return-on-investment formula to do the math on workplace mental health.

Simpson, senior director of human resources for Alberta Municipalities, said the cost of not acting far outweighed any increased spending on the benefits package.

He rhymed off everything that happens when a worker goes on stress leave, from short- and long-term disability to the headaches associated with hiring and training a temporary replacement.

“The costs associated with not having that kind of benefit are astronomical,” said Simpson.

Many organizations have a $500 cap on psychological services, he said. It’s not enough.

“Honestly, that’s maybe two visits to a psychologist and that’s not going to do you a whole lot of good,” he said. “When we increased ours to $2,500, that gave them basically at least one visit per month. It gave them a really good start, and I think it gave that sense of relief.”

Even though the math worked in favour of expanding mental health coverage, that wasn’t the driving force behind the decision.

“It didn’t even come down to cost,” said Simpson. “It was making sure that our staff were protected and had the services that they need.”

The organization’s journey to improve mental health started in 2018, based on some mixed results from an employee survey, he said.

It started working on some safety training, to ensure anti-bullying and respectful workplace policies were top of mind for employees. It partnered with the Alberta Municipal Health & Safety Association (AMHSA), where he was introduced to Dr. Bill Howatt’s program on workplace mental health.

“It was refreshing to take it from a little different approach, and it really has been beneficial for us,” said Simpson.

The program’s design and implementation were driven primarily by the HR and benefits teams, said Simpson. And the impact of the investment is showing up in numerous ways.

Employee survey scores have improved, and there is plenty of anecdotal evidence of real change.

“You get into meetings, and you’ve got people that are feeling more comfortable speaking up and feeling like they’re in a safe environment,” said Simpson. “

Leadership has also been supportive of nurturing that environment to ensure it really spans throughout the organization. It doesn’t mean the work is over, though.

“We’ve still got a long way to go on the journey, but I think we’re making some headway into it,” he said.

There is still information coming in, through its surveying, that show room for improvements. But it no longer seems like they’re at the start of the marathon, but instead are rounding the final turn.

“It feels like we’re kind of into that last little bit of it,” he said.

Advice for other organizations

The start of the mental health marathon can feel overwhelming, said Simpson. But it’s OK to start small and have conversations around it.

“Bringing in resources, bringing in some training for your staff and just of normalizing the conversation within the organization” is a good starting point, he said.

Employees are far more open to having these discussions than they used to be, and they’re willing to learn and deal with it head on. Trust is also critical.

“If you’re in an environment where staff aren’t trusting the management, maybe because of something that’s happened in the past that has been rectified, it’s a long game,” he said. “You have to realize that you have to earn that trust back, and that can take years.”

But if you keep your head down, and keep pushing forward, you will get there, he said.

“Staff will start to see that, that this really is thinking about them and doing the best for them,” he said.

Simpson acknowledged that not everyone on the team will necessarily be on board. Part of the job of culture change is ensuring everyone knows why the organization is going down this road — and giving them the tools to be effective.

“One of the things we really focused on was making sure that our leadership team had some basic tools. They knew how to deal with somebody coming into their office, who was stressed out, and how to work with them,” he said.

Nobody is being asked to be a psychologist or a therapist, said Simpson.

“There was no getting the person to lie down on the couch or anything like that. What I’m asking them to do is really be there, and work with that employee to see how we can support them as an organization,” he said.

Another great tactic is checking in on employees regularly.

“Don’t wait for them to come to us. We should be going to them as supervisors,” said Simpson.

If you end up with a rogue manager, who is really opposed to the program, sit down with that person and find out why, he said.

“It’s something that I’m quite proud of as an organization,” he said. “I think people really do appreciate that.”

Coming out of the pandemic, every Canadian has an appreciation for how tough life can be, he said.

Taking home a Gold Award at the Psychologically Safe Workplace Awards reinforces all the hard work that has been done at Alberta Municipalities, he said.

“I had to be in the right organization that was willing to go down this path with me in order for us to win that award,” said Simpson. “I give a lot of credit to the leadership in the organization for wanting to take this on.”