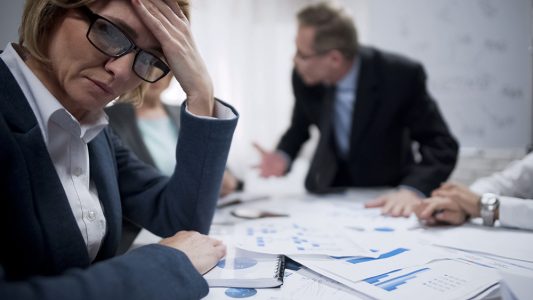 Harassment and violence remain pervasive and destructive problems in contemporary Canadian workplaces, according to a new survey developed by researchers from Western University in London, Ont.

The National Survey on Harassment and Violence at Work in Canada is part of a partnership between Western’s Centre for Research and Education on Violence Against Women and Children (CREVAWC), Faculty of Education, the University of Toronto and the Canadian Labour Congress.

CREVAWC community director Barb MacQuarrie, and academic research associate Adriana Berlingieri, along with Sandy Welsh, professor, department of sociology, at the University of Toronto, were principal investigators on the project.

“After decades of research and advocacy and legislative changes, we are still at the point in Canada where many workers are still experiencing various forms of harassment and violence,” Berlingieri said.

The nationwide online survey, which drew 4,878 responses, was promoted through the networks of the Canadian Labour Congress and its affiliates, a national media launch, and social media. The project was funded by the Government of Canada’s Workplace Harassment and Violence Prevention Fund.

The survey showed all forms of harassment and violence continue to pose significant health and safety risks for Canadian workers with:

Workplace violence and harassment impacts both workers and workplaces, according to the new report. Consequences include severe physical and mental health issues, lost earnings, and destroyed career paths for workers, which could lead to great economic losses for employers.

Survey results will provide important baseline data on what is happening in workplaces across the country, as federally regulated workplaces respond to legislation recognizing violence and harassment as a serious occupational health and safety problem.

“By better understanding the varying contexts, power dynamics and social factors behind workplace sexual harassment, we can build on existing knowledge and put forth recommendations for government and workplaces on how to bring about meaningful, lasting change.”

Sexual conversations, sexual teasing and jokes, verbal intimidation, the spreading of rumors, and negative comments were among the most common behaviours of workplace harassment and violence experienced by survey respondents.

Third parties (customers, patients or students) and co-workers are the most common perpetrators of harassment and violence, and sexual harassment and violence. These findings may reflect the sectors most commonly represented by survey respondents – health care and social assistance, education and public administration – which involve public-facing jobs and those with a significant proportion of women workers.

Although harassment occurs across all occupations and industries, certain factors increase the risk of harassment and violence. They include working with the public; handling money, valuables or prescription drugs; serving alcohol; working certain times of the day, night or year; and working in isolation or in remote locations. While the COVID-19 pandemic led to a large number of people working from home, workplace harassment and violence continued, the report said.

While some survey respondents said remote work provided a respite from hostile work environments, a significant number of respondents who experienced workplace violence and harassment reported an increase in severity, frequency and duration. For some, the isolation of virtual work resulted in a loss of support, new barriers to reporting and a reduction in training related to harassment and violence.

The majority (86 per cent) of survey respondents were employed in permanent work, and 87.8 per cent were union members.

Bea Bruske, president of the Canadian Labour Congress, said unions have an important role to play in advancing a movement of change.

“Everyone deserves to feel safe at work and Canada’s unions are committed to ending harassment and violence in the world of work,” Bruske said. “These survey results are crucial to understanding workers’ experiences and helping to tailor our response. The results are unsettling and confirm that tackling harassment and violence at work will take more than a one-size-fits-all approach.

“We have an opportunity to create meaningful and lasting change in workplaces across Canada, and we are prepared to do what it takes to make work safer for everyone.”

Berlingieri and Welsh are heartened by the shift afoot to acknowledge and address harassment and violence in the workplace, while balancing their optimism with the voices of survivors and what they continue to experience.

“We now better understand what’s happening on the ground in reality for workers through interviews where we heard about their experiences of harassment and violence — what happens after they report, the kinds of retaliation they encounter, and the ineffectiveness of reporting,” Berlingieri said.

She and Welsh look forward to using the data to help establish proactive practices and procedures aimed at preventing and addressing all forms of harassment and violence.

Project partners are also hopeful Canada will work with other countries to ratify the International Labour Organization (ILO) Convention 190, which recognizes the right of everyone to a world of work free from harassment and violence.

“This is a really important time,” Berlingieri said. “We have more momentum than we’ve ever had, and Canada is at the forefront of legislative change.

“There’s a lot we need to figure out and we can’t take a siloed approach anymore. We have to be comprehensive and all actors — government, unions and workers all need to partner and do it together.”

This article was provided by Western University. For more information, visit https://news.westernu.ca/