Orders will only work if they're backed up by efforts to provide access, education: Experts 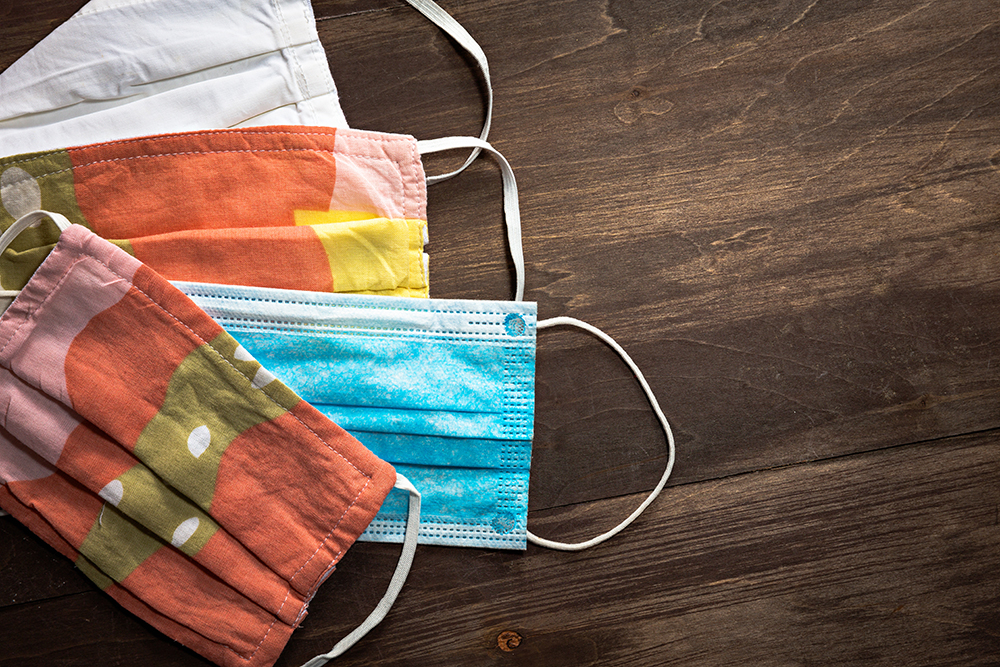 It’s hard to predict how making masks mandatory will impact people who lack the resources to buy or make them, experts say. (narstudio/Adobe Stock)

TORONTO — As several Canadian jurisdictions move to make masks mandatory in some public settings, experts and advocates say these orders will only work if they’re backed up by efforts to provide access and education to vulnerable populations.

A rule requiring that commuters wear masks on Toronto’s public transit system came into effect Thursday. TTC staff are now focusing on educating riders and handing out masks, but eventually enforcement measures may include a $195 ticket.

On July 7, the city will make face coverings mandatory in public indoor spaces such as stores and businesses.

Toronto’s medical officer of health, Eileen de Villa, said Thursday that the city has filed an application to levy fines in connection with the mask bylaw, but could give no details on what a possible penalty could be.

“The focus is on education and encouraging people to adopt the right behaviours rather than enforcement,” she said.

The nearby municipalities of Mississauga and Brampton have announced their intentions to enact similar policies. In Guelph, about 100 kilometres west of Toronto, customers and employees are required to have their faces covered inside commercial establishments.

In Quebec, masks will be mandatory for public transit users on July 13, and after a two-week probationary period, people who don’t wear them will be denied access.

Some of these statutes include exceptions for young children and people who can’t wear masks because of health conditions, such as respiratory issues, cognitive disabilities and hearing impairments.

Several policy makers and advocates say the goal of mask mandates isn’t to punish people for non-compliance, but rather, to set a standard that will encourage public participation.

However, some say these rules will disproportionately penalize marginalized populations — including people living on low incomes, people with disabilities and racialized people — who lack access to masks or are more likely to be targeted by enforcement.

Dr. Jennifer Kwan, a family doctor in Burlington, Ont., and advocate for #Masks4Canada, said government officials need to address these disparities by adopting an educational rather than punitive approach to implementation.

While she admits that mask mandates could bring about some complications, Kwan said she’s confident that in the long run everyone will benefit.

“If there are additional outbreaks and we’re not wearing masks, that will definitely disproportionately impact vulnerable members of society, such as those who don’t have a safe place to self-isolate or those who are dependent on public transportation.”

Dr. Isaac Bogoch, an infectious disease physician and scientist with Toronto General Hospital, said wearing a mask in situations when physical distancing isn’t possible can reduce one’s risk of transmitting the novel coronavirus to other people, but doesn’t offer much personal protection.

In communities with high rates of COVID-19, it’s good practice to wear a mask in high-traffic, indoor spaces, he said.

But it’s hard to predict how making masks mandatory will impact people who lack the resources to buy or make them, Bogoch said.

“At the end of the day, if you’re going to mandate (masks), they really should be accessible, so that we don’t prevent people from interacting with the world around them just because they don’t have the money or the capability to buy or create a mask.”

He urged government officials to make it possible for everyone to follow their rules.

He suggested initiatives to distribute free masks to those who can’t afford them, and community outreach programs to educate people about how to use them properly.

Deniqua Leila Edwards, a staff lawyer with Canada Without Poverty, said mask mandates could prevent people living on low incomes from accessing essential services, such as grocery stores and pharmacies.

“There should not be a premium on something that is fundamental to both individual and public health,” Edwards said.

A growing number of Canadians face financial insecurity because of the economic impacts of COVID-19, Edwards said. Masks may be an extra expense that many can’t afford, she said, particularly given concerns about price gouging.

Even if these mandates aren’t supposed to be enforced through penalties, Edwards said Canada has already seen how purported public health measures can be used to target low-income and street-involved people, as well as racialized groups including Black, Indigenous and people of colour.

Laverne Jacobs, associate dean of research and graduate studies at Windsor Law, said many people with disabilities fear that they’ll be asked to share their health history with a stranger every time they enter a store in order to “prove” they fall into an exempted category.

Jacobs, who is the founding director of the Law, Disability and Social Change Project, noted that mask mandates are most likely to harm the communities that have already been hardest hit by COVID-19.

“I think it’s important from a public health perspective that everyone is protected,” she said. “I just wish that there were a more community-based way of making sure everyone is properly served.”

Julia Hanigsberg, the president and CEO of Toronto’s Holland Bloorview Kids Rehabilitation Hospital, said people who can wear masks should do so not just to protect themselves, but for all of those who can’t, including the medically complex children her organization serves.

The hospital is teaching its young patients and their families to advocate for themselves if they encounter pushback about their health status.

But Hanigsberg said we could spare ourselves a lot of grief by assuming that anyone who comes into a store without a mask probably has a good reason, because everyone has a stake in containing the COVID-19 outbreak.

“We know that vulnerable people have already been made even more vulnerable because of COVID,” she said.

“Those who are the most vulnerable need the rest of us to mask, but also need us to have an overall perspective of goodwill, caring for ourselves, not bullying other people (and) assuming that other people have the best intent.”