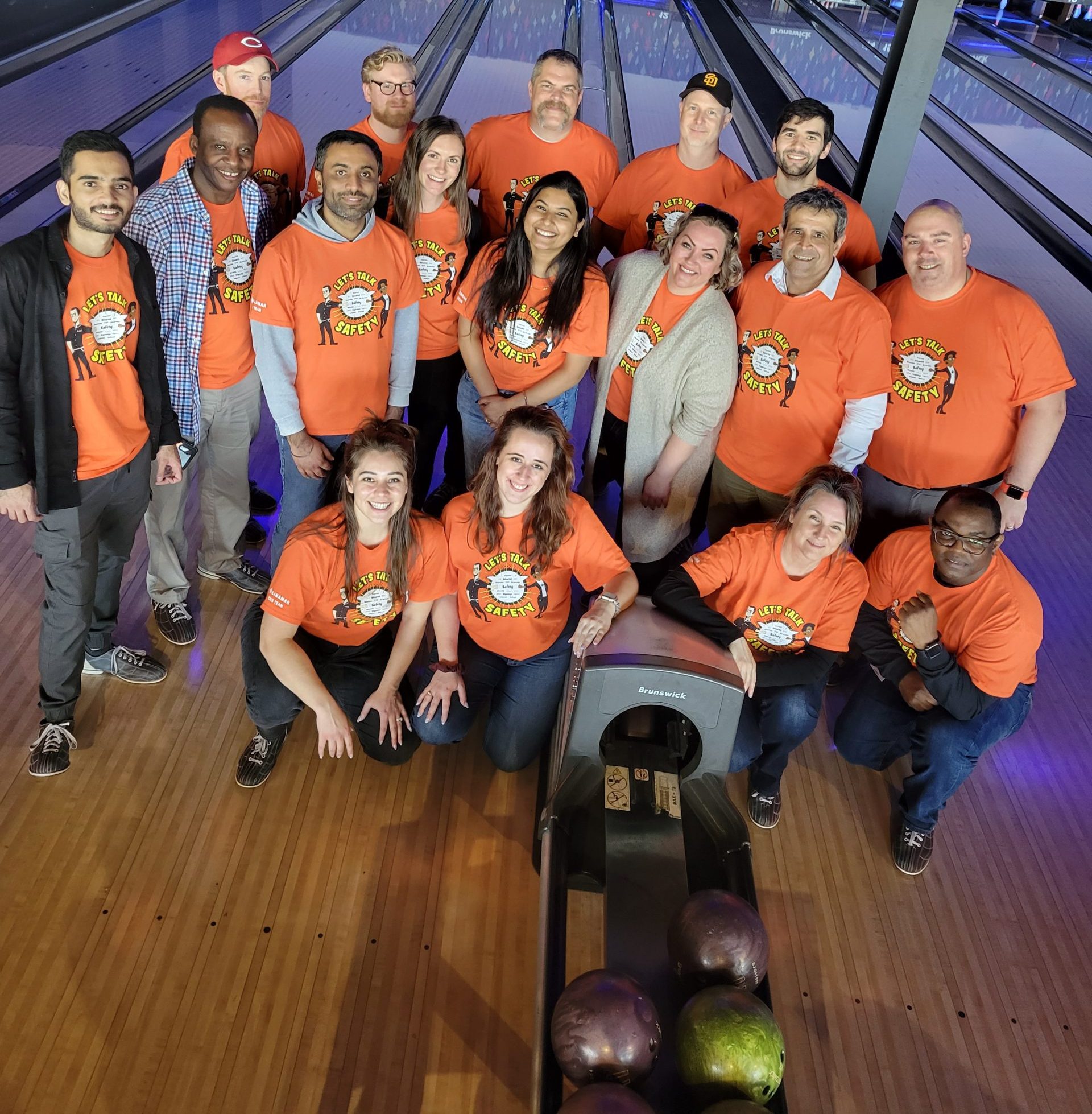 Never underestimate the power of a good T-shirt.

When Linamar brought in Lee-Anne Lyon-Bartley, known as the “safety diva” on LinkedIn, to talk to staff she was wearing a shirt that read “Choose Safety.”

That’s something that caught the eye of Melissa Gould, director of EHS at Linamar. In her ear, she also heard the voice of the late Allan Quilley — a well-known safety expert who passed away last year — who always pushed the message that you do “safety with people, not to people.”

When the conversation at Linamar turned to new initiatives to engage people on the floor and management, the message that hit her eyes and ears led to a light bulb moment.

“We came up with this ‘Let’s Talk Safety’ campaign,” she said, and the centre piece was a bright, catchy orange T-shirt with the message translated in all the main language spoken by employees. That’s 17 in total, she said.

Everyone on the company’s safety team got two T-shirts —about 30 shirts in total — and they’re not designed to be worn to bed, she said. They’re meant to be showcased, regularly, on the shop floor, and she sees them around the workplace all the time. The team embraced the concept from day one.

Zachary Oliveira, group health and safety manager at Skyjack (part of Linamar), echoed the enthusiasm for the shirts and the campaign. Wearing them is a matter of pride for the team, he said.

“I wear mine, usually on Fridays, because that’s our casual day,” he said.

But Gould and Oliveira said the campaign goes far beyond the T-shirt, and they’re quick to point to the team as the reason for its success.

“We’ve got a lot of young, energetic people — it’s a multicultural team, probably the most diverse team I’ve been with,” he said. “I think that diversity and passion that we have from the younger group of individuals is taking us to the next level.”

What Gould is most proud of is the fact this campaign was a grassroots one that came from the safety professionals and immediately had full support of senior management.

“We also put together a series of leadership tip emails, based around how to have conversations about safety,” she said. “And we did several of those and sent them out across our organization.”

They were designed to equip supervisors and leaders with the tools to have conversations with people about safety.

“Right from how to build a safety program or review risk to how to have a corrective counselling conversation with somebody when there is a safety infraction,” she said.