Lifetime Achievement: For Len Bourdin, safety is a labour of love 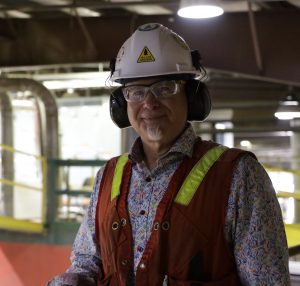 Len Bourdin, 64, is director of health, safety and risk management at Millar Western in Edmonton.

Len Bourdin, 64, feels as if he’s never worked a day in his life.

OHS Canada’s inaugural Lifetime Achievement winner’s tenure in the occupational health and safety industry has seen him move from the oil and gas industry, to starting his own consulting company, and eventually to Millar Western — a Canadian forest products company where he’s spent the last 28 years.

“I don’t have a job,” said Bourdin, the Edmonton company’s director of health, safety and risk management. “If you wake up in the morning and you enjoy what you do, you never have to work a day in your life. And that’s what this is to me.”

As a consultant, Bourdin noted Millar Western was his first client. “In 1992, they made me an offer that I couldn’t pass up as their HR manager, and I’ve been with Millar Western ever since.”

Bourdin has spent his entire professional career dedicated to improving health, safety systems and procedures for employees within the company, and across the province of Alberta.

He has served five terms as president of the Industry Task Force Association, in addition to working with the Worker’s Compensation Board of Alberta on policy and claims management initiatives.

Bourdin’s lengthy career in occupational health and safety for the Canadian forestry industry has allowed him to not only bear witness to, but also influence, numerous evolutions and changes in the field.

“I’ve seen safety grow to where it is now, into an integral part of companies and what they do — it’s no longer an add-on,” he said. “Millar Western was forward thinking enough to say that this needs to be a part of what we do, and I’ve been blessed to work with some incredible executives who saw my vision.”

The value that Bourdin sees in protecting employees and their well-being has instilled in him an approach to safety by “being on the floor, being with the people, and understanding what their challenges are… taking an interest in them and making that connection. Without the employees, we can’t achieve anything.”

Through making these connections, he believes safety is redefined as a set of needs relevant to your work environment, rather than a set of enforcements thrust upon them: “It’s about doing safety with people, instead of to people,” said Bourdin.

Millar Western staff made the company successful through COVID-19, he said.