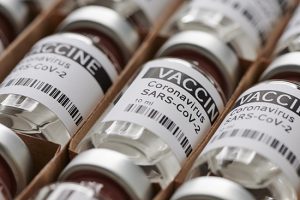 A growing swath of Canadian companies are no longer requiring employees to be vaccinated to come to work as corporate policies ease in step with public health guidelines.

Governments have been loosening COVID-19 restrictions, with Ottawa allowing airline and railway workers as well as passengers to climb on board without being jabbed starting June 20.

Canada’s big banks and four largest accounting firms have all rolled back their corporate vaccine mandates for employees as they return to the office. The two biggest railways are doing likewise, as is Air Canada.

The country’s largest airline said in an email it is recalling nearly 600 employees – less than two per cent of its staff – who were on unpaid leave for more than seven months due to a requirement that aviation workers be inoculated. Those returning to work will not be receiving compensation for their time away, said spokesman Peter Fitzpatrick.

Not all big employers are on board, however. Sun Life Financial Inc. said mandatory vaccination for tens of thousands of in-office workers remains in place for now. GM Canada and Stellantis Canada are continuing their mandates as well.

Ford also planned to impose a vaccine mandate last fall but has repeatedly pushed back its timeline and has not yet enacted the policy.

“Our employees continue to have flexibility and choice on whether they work at an office, from home, or both. We want everyone to feel comfortable coming into our offices,” spokeswoman Nadine Jahangir said in an email.

Mark Agnew, a senior vice-president at the Canadian Chamber of Commerce, says the trend toward dropping vaccine mandates marks a response to shifts in provincial and federal rules as well as growing comfort with shared indoor spaces.

“The government has a genuine role to play in setting a tone that people will listen to,” he said, adding that many companies have liability and reputation top of mind.

Nixing such an arguably intrusive rule doesn’t rule out reimposing it should a seventh wave strike in the fall, said Kathleen Chevalier, an employment and labour lawyer at Stikeman Elliott.

“Taking it away doesn’t necessarily, from a legal perspective, make it harder to bring it back if you have that underlying justification,” Chevalier said, citing worker health.

“From an employee relations perspective, though, that might be a different kettle of fish.”

To each his own

Some companies have caveats on their scrapped vaccine mandates.

Ernst & Young Inc. employees must show evidence of full vaccination if requested by clients, a spokesperson said. PwC said it has an “an option of masked floors for people who are not comfortable” with too many uncovered faces.

The horizon for scrapping the policies has been a long one, with PwC Canada lifting the vaccine mandate for its 7,300 employees on April 13 and KPMG only following suit for its 8,700 workers on Thursday.

Vaccine mandates prompted challenges from some unions over the past year, resulting in arbitration decisions that tended to favour the employer.

In 2021, the Toronto District School Board ordered all employees who had direct contact with staff or students to be vaccinated, prompting grievances and outcry from the Canadian Union of Public Employees, which argued for frequent testing and other measures instead.

Arbitrator William Kaplan determined that the policy did not infringe on Charter rights to security of the person. He also ruled that rapid antigen tests were not an appropriate substitute for full vaccination, which he deemed the most effective way of preventing transmission in schools. The vaccine mandate was dropped in March.

“This decision to place unvaccinated individuals on unpaid leave – is that a reasonable exercise of management’s discretion and rights in the workplace? Generally speaking, the answer to that has been yes,” Chevalier said.

The union representing Canadian autoworkers at Stellantis is currently in arbitration with the employer over its COVID-19 vaccine mandate, which led to hundreds being placed on unpaid leave and sparked grievances by Unifor locals at several Ontario assembly plants. The grievances were filed despite Unifor’s then-president Jerry Dias approving an identical vaccine mandate for office workers at union headquarters in November.

Robbie Pryde, head of corporate and investment banking at TD Securities, said employees are especially comfortable returning to work if they believe their colleagues are inoculated and the workspace is sufficiently uncrowded – though disclosure of health information is typically confidential.

“Most, if not all, people in investment banking were vaccinated. I think that was pretty well known. I didn’t sense much angst at all,” he said in an interview. “Our office is pretty spread out.”

Pryde’s banking division has had a hybrid work model – three days in office, two remote – for about a year.

“There really didn’t seem to be a lot of stress – it was more around public transit and indoor spaces, like elevators,” he added.

Fair treatment – or the perception of it – is another factor. Some might grumble over a rule that allows unvaccinated staff to work from home while those who rolled up their sleeve have to trudge into the office.

“If Jim feels that Susan has gotten a special deal that he should have got, it can really make workplaces quite toxic,” Agnew said.

“Employers are really mindful of those types of dynamics and making sure that everyone’s getting a fair shake and the rules are being applied consistently.”