mRNA technology could be used to manufacture improved antiserums 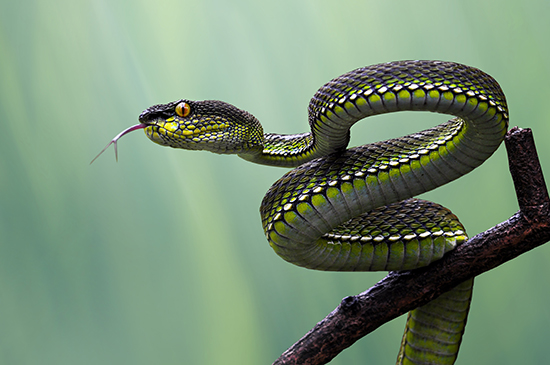 Derrick Rossi always said he’d be satisfied with his work when it had a positive impact on humanity.

But after his research around mRNA technology paved the way for the rapid introduction of an effective COVID-19 vaccine, the co-founder of Moderna realized he wasn’t quite ready to hang up his hat.

“I always said to people that I’ll be really happy on the day that we can impact human health,” said Rossi, speaking from the Boston area where he now lives. “I guess that day has finally come, and I’ve said I’ll hang up my hat, but I’m not ready yet.”

Today, Rossi is no longer with Moderna and dedicates much of his time to a new passion: preventing the hundreds of thousands of debilitating injuries and deaths that happen each year due to venomous snakebites.

Scientists who work in the tight-knit snakebite research community say nothing substantial has changed about how we treat venomous snakebite in over 100 years.

Rossi said that’s not good enough for what should be considered a global health challenge that kills approximately 100,000 people per year and maims another 500,000.

Many of the people affected are impoverished and work manual labour jobs like farming in continents like Asia and Africa. Rossi says there simply hasn’t been the will in the pharmaceutical industry to tackle the issue.

“It really is an economic issue in addition to a health issue,” said Rossi, using impoverished farmers as an example. “Subsistence farmers don’t make a lot of money and when you lose a limb and can’t do it anymore or you lose your life and you’re the major farmer in the family, it has a devastating impact on those communities and families.”

There was an element of chance around how Rossi became involved in fighting venomous snakebites.

Rossi has done countless interviews since Moderna became one of the first companies to produce a COVID-19 vaccine using a new technology called mRNA, which instructs the human body’s cells on how to deal with a threat like a coronavirus.

In one interview, he mentioned offhand that mRNA could have more uses than vaccines, such as for antisera used to treat venomous snakebites.

That comment caught the attention of scientists in the snakebite community, and eventually led him to become an adviser for a company called Ophirex, which is working on a pillthat could help save people’s lives immediately after a snakebite.

Ophirex founder Matthew Lewin said many people die from snakebites on their way to hospital, since those most at risk of venomous snakebites are sometimes days away from the nearest hospital — and because antisera is expensive and needs to be kept in a cold place.

To combat that, Ophirex is working on a pill that targets a specific enzyme found in the venom of many snakes, and which is particularly harmful to the human body.

Lewin and Rossi say the pill could be the difference between someone dying en route to the hospital or making a full recovery.

“Seventy-five per cent of the deaths (from snakebites) occur before patients even get help,” said Lewin, who is based just north of San Francisco.

“For me, the idea that you could have something that could act as a bridge to survival on top of having a better outcome in the cases is really compelling.”

They also hope the pill could help people recover more quickly and fully from a snakebite, and to prevent the venom from devastating a body to the point where amputation is required.

And since it’s just a pill, it would be relatively cheap to manufacture and easy for a person to store in their pocket.

While Ophirex’s focus right now is that product (which is about to begin clinical trials in the U.S. and India), Rossi still believes mRNA could be a game-changer in the fight against venomous snakebite.

Theoretically, he said the technology could be used to manufacture antisera that are cheaper and better than current versions available.

Antiserum is complicated to manufacture. Rossi said the process involves collecting venom from a snake, injecting it into a horse (since horses don’t die from most snake venoms), extracting the horse’s blood and using the antibodies that the horse creates.

With enough funding support, Rossi says it’s feasible that scientists could use mRNA technology to manufacture a better antiserum and take the horse out of the equation, which could also greatly reduce the production cost.

He also said the manufactured antisera could be manufactured to be better suited to humans, rather than the current antidotes that use horse cells.

Sakthi Vaiyapuri, a snakebite researcher in the U.K. who has seen the impact of venomous snakes in his own home community in southern India, said he believes mRNA could even one day be used to create a vaccine for venoms.

“Until I met Derrick, I thought vaccines will be useless for snakebite, because snakebite is an acute problem, it can kill a person within minutes to hours,” said Vaiyapuri, who has also worked alongside Lewin since 2014.

“In those cases vaccines can’t make an impact quickly.”

For example, he said the body is allowed more time to produce antibodies for COVID-19 upon infection, which is why vaccines were an obvious goal to fight the coronavirus.

However, he said research shows that mRNA vaccines can produce antibodies in as little as three hours, which gives him hope that targeted vaccine campaigns in rural villages could one day save countless lives.

Back at Ophirex’s labs, Rossi says the molecule they’re using to tackle snakebites is only the first step in their fight.

“What we’d like to see is success with this first approach,” said Rossi. Then, he says their goals can broaden from there.