Nearly four years ago, Alberta finally caught up to the rest of the country when it came to safety coverage for farm workers. But a new provincial government wants to scrap controversial legislation and replace it with what it deems as more flexible options.

Farm safety is a contentious issue in Alberta. Disagreements hit a fever pitch in 2015, when Rachel Notley’s NDP government made it clear that new legislation would be passed, compelling farmers and ranchers with paid employers to be covered under workers’ compensation. Now, Jason Kenney’s United Conservative Party (UCP), elected earlier this year, has made it equally clear that the legislation will be repealed — and very soon.

The Enhanced Protection for Farm and Ranch Workers Act led to protests in the streets, and the promise of further consultation, before it even went into effect. But Notley was undeterred. “The people who have lost a limb,” she said at the time, “the individuals who have lost their mobility, the families who have lost a loved one — their suffering demands that we do more as a society to prevent future losses. I cannot and will not, in good conscience, ignore the lessons of their losses.”

The (UCP) may agree with the sentiment, but not the law as it currently stands. “Alberta farmers need common-sense rules that promote farm safety — not process, not red tape,” responded Alberta’s current Minister of Agriculture and Forestry, Devin Dreeshen. “We’re going to repeal Bill 6.”

The line, it appears, has been drawn. It’s unclear on many fronts what the contention is about, but farmers are clearly divided. The NDP’s legislation, most of which came into effect on January 1, 2016, brought about four key changes to Alberta’s agricultural landscape. It made farms and ranches subject to occupational health and safety legislation, and for those with paid employees, it required workers’ compensation insurance coverage. It also included farm and ranches in employment-standards and labour-relations legislation.

For many in the agriculture sector, the contentious legislation did what it set out to do. Glenn Norman, a farmer in Kneehill, Alberta and a member of the National Farmers Union, a direct-membership organization comprising Canadian farm families, says it has improved conditions. “It’s made people more aware and really assisted with safety.

“I just can’t believe anyone would want to change this,” he says.

Eric Musekamp, founder and president of the Farmworkers Union of Alberta in Bow Island, is equally surprised and frustrated by the proposed repeal. “Occupational health and safety legislation works,” he says. “It saves life and limbs — and it protects employers.”

The latter, Musekamp believes, may be part of the reason for the disention: farmers are unaware of the benefits workers’ compensation accrues them as employers. “They think occupational health and safety is a pain in the neck and the WCB is the same as private insurers.”

Confusion has been a cornerstone of Bill 6 since the NDP raised the prospect of legislation almost five years ago. In an open letter to Albertans, Notley made it a point to state not only what the then-new legislation would do, but what it would not do. She identified misconceptions in an effort to reassure farmers and their families. These included the fact that Bill 6 would not prevent neighbours from volunteering to help each other out and did not require children to register with the WCB.

Musekamp believes many farmers in the province also chafe at being treated like other sectors and having their world enshrined in legislation. “It’s the mentality,” he says, noting that farmers often have the attitude, “‘Don’t tell me what to do. You don’t know anything about farming.’”

Whatever the reasons for the dissent, Jason Kenney, leader of the United Conservative Party in Alberta, heard the vitriol. Depending on who’s telling the story, Kenney either recognized an opportunity to pour salt in an open wound or rushed to meet the demands of the province’s farmers and ranchers. Or both. During the election campaign earlier this year, Kenney contended that as a result of the NDP legislation, farmers were being hit with financial losses and endless red tape. He promised to do away with Bill 6 and replace it with the Farm Freedom and Safety Act, which will be passed into law later this year. 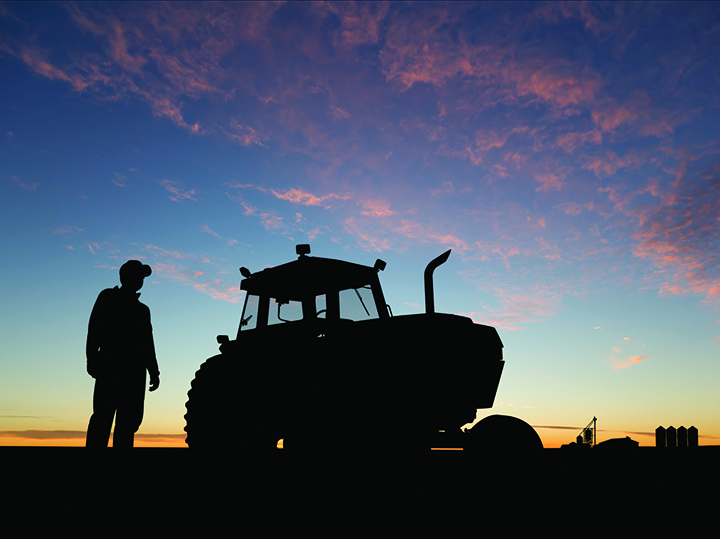 Part of Kenney’s reason for putting the farm safety act to rest is, in fact, the dissent that it has caused. During the campaign, the future Premier noted, “Despite widespread concerns, the Notley government chose to force Bill 6 through the Legislature before consulting most of the people most seriously impacted. The NDP put the cart before the horse and, as a result, lost all public trust with farm and ranch families. To rebuild that trust, there is no acceptable alternative but scrapping the bill.”

In its stead, Kenney said his government’s new legislation would require employers to maintain workplace insurance for farm workers, but allow employers to choose whether to purchase insurance from the market or from the WCB as long as basic standards of coverage are met.

As well, small farms would be exempted from employment and much greater flexibility would be required in meeting employment standards for farmers and ranchers, a unique breed of employer.

Kenney promised that the UCP government would immediately launch comprehensive consultations with farmers, ranchers, agriculture workers and others on how best to balance the needs of farmers and ranchers to run a business and protect workers. He has lived up to that promise.

In July, the government announced that the minister of agriculture and forestry would undertake a summer consultation tour. As well, an online survey was launched for members of the public wishing to have input into the issue. According to the government’s press release announcing the consultation, the Alberta provincial government was seeking input on five key platforms:

• recognizing that a farm is unlike other businesses and that farmers and ranchers require flexibility in meeting workplace standards;

• requiring employers to have workplace insurance, but allowing a choice of market insurance or the Workers’ Compensation Board (WCB), if basic coverage standards are met;

• exempting small farms from employment-standards legislation, similar to the situation in New Brunswick;

• promoting education and best practices to improve farm safety; and

• minimizing red tape and reducing the regulatory burden on farmers and ranchers, while still ensuring that basic safety standards are being followed.

“By consulting with farmers and ranchers before developing new legislation, we can work to balance the unique economic pressures of farming with the need for common-sense rules and a flexible farm safety and employment system,” says Carrie Sancartier, assistant communications director with Alberta Agriculture and Forestry in Edmonton. 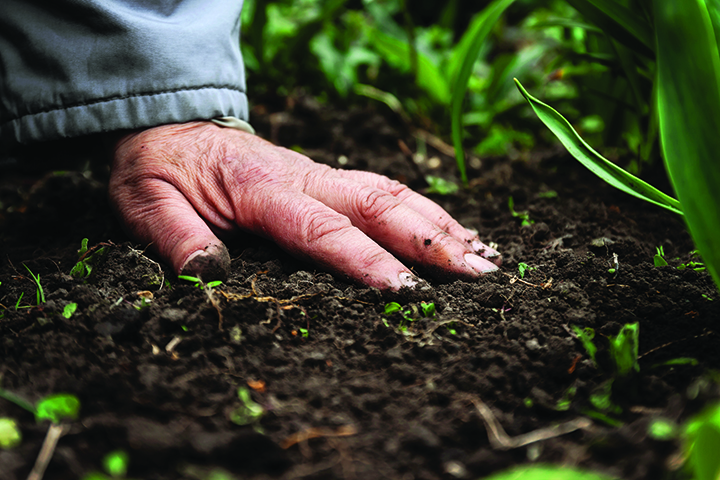 Consultations were still under way as this article was being readied for press, but four key themes had already emerged, according to Sancartier. These include the need for a common-sense approach to farm workplace legislation (an oft-repeated refrain) as well as the importance of farm safety awareness and education to the industry. Participants also called for any changes to legislation to consider the seasonality of this sector. As well, many farmers and ranchers want flexibility and reiterated the call for a choice between the WCB and private insurance options.

Norman wasn’t impressed or reassured by the consultations he attended. “They were absolute gong shows,” he says. “Most of the people speaking weren’t even farmers.”

One of the buzzwords that crop up continuously in the ongoing debate over farm safety in Alberta is “flexibility”. The nature of the business, according to Sancartier, demands: “We recognize that a farm is unlike other businesses, and that farmers and ranchers require flexibility in meeting workplace standards.”

For Norman, “flexibility” is code for “not wanting to do it.” By making farmers and ranchers a world unto themselves, special (i.e., flexible) rules and regulations are required. Norman isn’t buying it. He points to the issue of weather as a prime example. Farmers are weather-dependent, a factor repeatedly emphasized to demonstrate the uniqueness of the sector. But many other businesses are also weather-dependent, and they are covered by oh&s legislation. “There is not a benefit to [farmers] to be outside these standards,” says Norman.

Much of the brouhaha could be resolved with less rhetoric and more reality. But numbers are hard to come by, and the numbers that are available are often contradictory. In some cases, the link to safety may be tenuous. Kenney, for example, noted linked labour shortages to the farm safety legislation in his electioneering. “The NDP’s ideologically driven agenda, including Bill 6, is undermining Alberta’s agriculture and agri-food industry. Between the start of 2015 and the end of 2018, employment in Alberta’s agriculture sector has fallen by 19 per cent – that’s 11,300 jobs that no longer exist,” he says. “Alberta farm receipts for the first nine months of 2018 were down by nearly six per cent from the previous year.”

Musekamp contends that the job losses are not unique to Alberta and, without Bill 6, they could get worse. Employees, he says, do not want to work in an industry without strong safety standards. He points to the landscape that existed prior to the NDP’s legislation: “Under Bill 17, there was no limit on the number of hours or days that can be worked continuously. That has created the exodus.”

One thing is certain: Canada’s agriculture community is facing a serious labour shortage. According to Agriculture 2025: How the Sector’s Labour Challenges Will Shape Its Future, prepared by the Canadian Agriculture Human Resource Council, 26,400 jobs went unfilled in the sector in 2014, which amounted to $1.5 billion in lost revenues, or 2.7 per cent of product sales.

The 57-page report predicts that the sector’s labour gap will nearly double over ten years, reaching 113,800 people by 2025 — 27 per cent of the annual labour demand. The Council points out that labour shortages don’t just affect the sector today; they also limit its future growth by preventing or delaying expansion plans.

Statistically, it’s unclear if the NDP’s 2015 legislation improved safety for farmers in Alberta, in large part because of lack of data. Prior to Bill 6, farmers were not obligated to register with the WCB. “There were a number of employers who elected to purchase voluntary coverage prior to this legislative change, but… the majority of employers did not open their accounts until 2016,” notes WCB spokesperson Ben Dille.

The nature and type of injuries is diverse — often serious and fatal — and runs the gamut from sprains and strains to fractures, nerve damage, burns and occupational illnesses. “Farming is a high-risk occupation,” says Norman. “A lot of my neighbours have lost fingers, hands. They get crushed, have livestock injuries. They fall off things. There are tripping hazards. We are out there in the worst of conditions — even slipping on ice is a reality.”

There appears little doubt that the Enhanced Protection for Farm and Ranch Workers Act will be repealed, most likely this year, as promised by the United Conservative Party. What is unclear is what the new legislation, the already named Farm Freedom and Safety Act, will contain. It is unlikely, though, that WCB coverage will be compulsory.

The move away from such coverage is not unexpected. Before Bill 6 became law, Alberta was the only province in the country that did not mandate such protection. Prior to 2016, farm workers were also excluded from basic employment standards, such as minimum wage, overtime, vacation pay and rest periods. They were legally prevented from unionizing. One of very few recourses open to paid farm hands injured on the job was suing their employer, something that is prohibited under workers’ compensation.

Eric Musekamp is worried that farmers may get the legislation they want — but will do so at their own peril. “Farmers may win the battle only to lose the war.”

Donalee Moulton is a writer in Halifax.