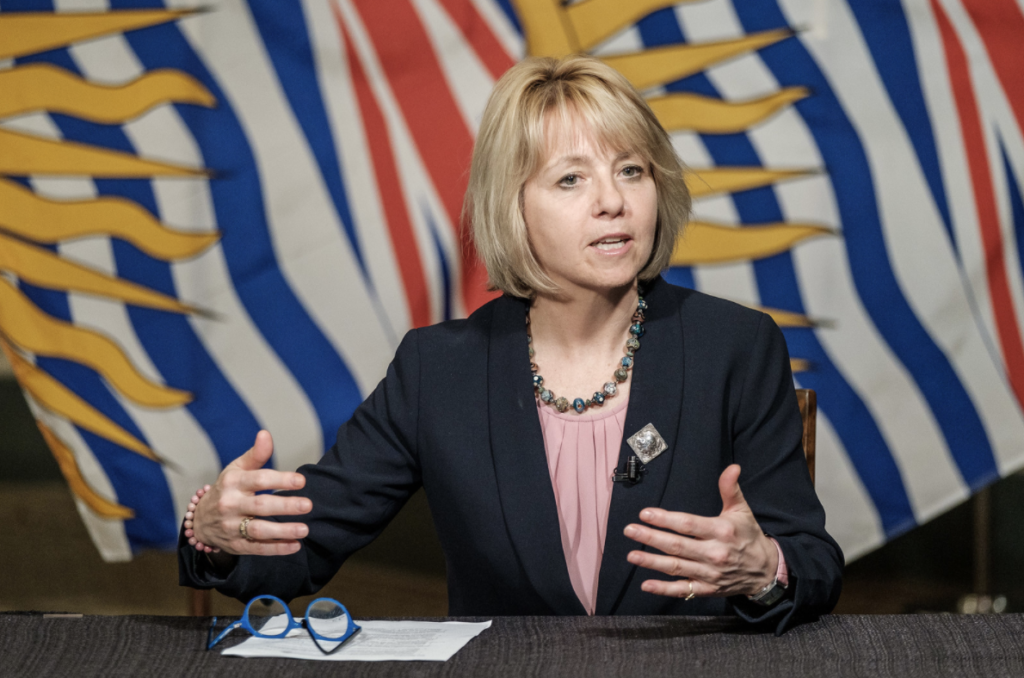 VANCOUVER — British Columbia’s provincial health officer is advising businesses to put contingency plans in place to continue operating as up to one-third of their staff could be off sick with the Omicron variant of COVID-19.

Dr. Bonnie Henry said Tuesday that private companies, schools and health-care sites must all prepare for a wave of illness by reinforcing safety protocols like physical distancing to protect as many people as possible.

She urged businesses that require employees to come into a workplace to use multiple protocols including staggering shifts and break times, using Plexiglas barriers and limiting the number of customers entering the premises.

“It’s not about public health orders and telling you what to do. This is about activating all of those layers of protection available for your business in your situation, to keep you from having to shut down because you don’t have enough people to operate,” Henry said.

Schools in particular must remain open as a delayed start to classes begins next week because they provide the best social, emotional and intellectual development for children, she said.

However, while some people have called for the routine use of respirators, or N-95 masks, at schools, she said they offer only minimal benefit in low-risk settings like schools and stores and that the best option is a three-layer mask that fits well.

The next few weeks will be challenging during a “pandemic storm” that is limiting the province’s testing capacity as 80 per cent of infections are due to Omicron, Henry said.

She said case and contact tracing can no longer help contain the fast-spreading variant.

“It means a lot of health-care workers and educators aren’t able to go to work because they’re ill. And for most of us, thankfully, because of our vaccinations, that will be a mostly mild illness. But the interruption to our business continuity is something that we now need to think more carefully about.”

Henry also called on organizers of youth and adult sports teams to follow guidelines and not travel for tournaments to prevent further transmission of the virus in communities as hospitalization numbers creep up.

“I know there are some teams that are trying to get around this by scheduling multiple games,” she said.

A rising number of outbreaks at homes providing long-term care and assisted living means visits are limited to essential visitors.

Henry said rapid tests will be distributed to more homes this week so that one social visitor would also be allowed for each resident as the facilities develop their plans to support the policy.

Health Minister Adrian Dix said more than 50 per cent of adults over 60 had received their third dose of a vaccine as of Monday.

About 39 per cent of children between the ages of five and 11 have had their first shot, and Dix encouraged more parents to register their kids for vaccination.

Children in B.C. are eligible for a second dose of vaccine eight weeks after their first vaccination.