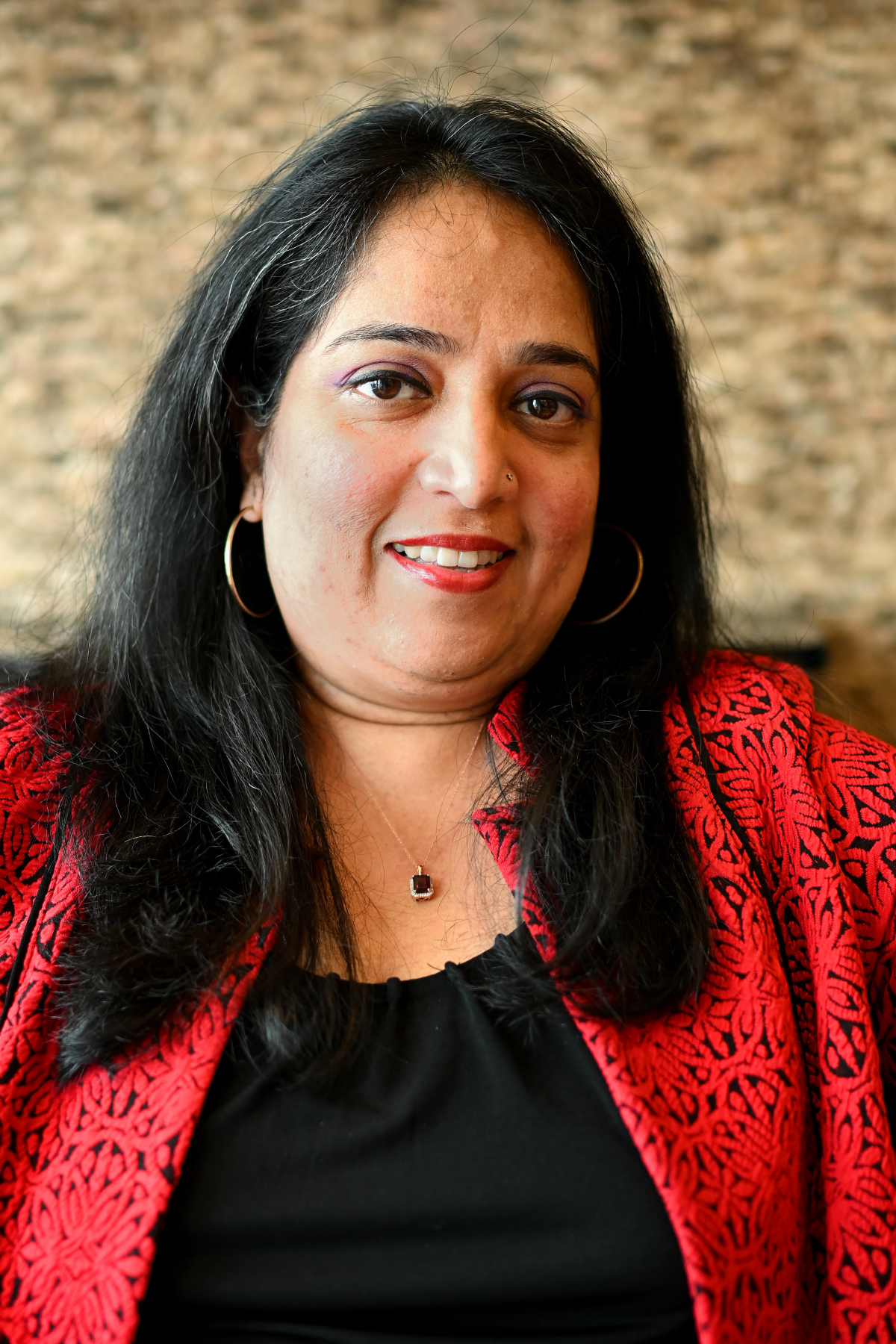 It’s really difficult to get Elgy Varghese to say “I.” As in, almost impossible.

Varghese, manager of the Advisory Committee (AC) Program at Workplace Safety and Prevention Services (WSPS), is quick to deflect the reasons for its success from her to its members.

“It’s their passion for safety that inspires me to do the work with this program,” she said. “Everything that they do, they do it so selflessly.”

But the nomination that won her the Community Leader Award as part of the 2022 OHS Honours program shifts the spotlight firmly, if uncomfortably, onto her.

“We are all made better because of Elgy’s leadership and commitment to improving health and safety in our community,” the AC committee program wrote. “We are all extremely proud to be included in such an impactful program.”

The AC program is massive in Ontario. The committee has about 150 members and represents more than 171,000 firms and 4.2 million workers across the province’s agriculture, manufacturing and service sectors.

Varghese has been instrumental in acting as a bridge between employers and the prevention system and played a big role in helping organizations navigate the COVID-19 pandemic. That included lining up countless webinars and calls between key stakeholders – in both government and private sector – to ensure employers got the information they needed in the first few weeks of the lockdowns.

An upside to the pandemic

If you’re looking for an upside to the pandemic, Varghese found a big one.

“Safety has risen to the top now,” she said. “Pre-pandemic, it was hard for people in health and safety to get that conversation with senior leadership and get an approval for a safety budget. But the last two years has shown us something completely different. Safety has become a top priority, before almost anything else.”

That heightened awareness, on the part of both employers and workers, means people are more open to ideas, she said.

“We talk about changing workplaces, and it was gradual before the pandemic. But in the last two years, change has been so rapid.”

Programs that were stale, sitting on paper or tacked to a notice board, have now come to life, she said. Ideas are being enforced and implemented.

“I think if they keep that stream going, we won’t have to do much because workers themselves will stand up and ask for safe behaviour or catch someone doing something wrong,” said Varghese. “I think we’re on the right path now.”

When you get Varghese to focus on herself, she talks with pride about collaboration and her strength in building relationships.

At WSPS, she has been working at WSPS in making a real difference in ensuring every worker goes home safe at the end of the day. There has been a sea change in attitudes during her tenure.

“When I started off 16 years ago, employers wouldn’t sit across the table from the government or from the ministry, right? They didn’t want to have conversations — because it was about ‘I don’t want any more visits into workplaces,’” she said.

But not anymore. Now, not a single meeting goes by without the two of them at the table.

“And that’s a huge success for me,” she said. There is now a mutual respect and trust, and that has led to some very positive outcomes.

Her parting words: ‘Don’t let up’

Looking ahead, Varghese wants to continue the momentum she has seen develop over the last two decades. Her message to all stakeholders is simple: Don’t take your foot off the gas.

“You may think it’s repetitive, but don’t stop. Continue with the same message. It may sound like you’ve said it 15 times over and over again the same day. But that’s what is going to keep it on the radar the whole time,” she said. “As far as safety consciousness goes, I think we’ve got it. I think we’ve captured that with every single worker and every single employer.”