Broncos parents angry over lack of action on bus seatbelts

'The inaction that has happened since the Broncos crash is brutal' 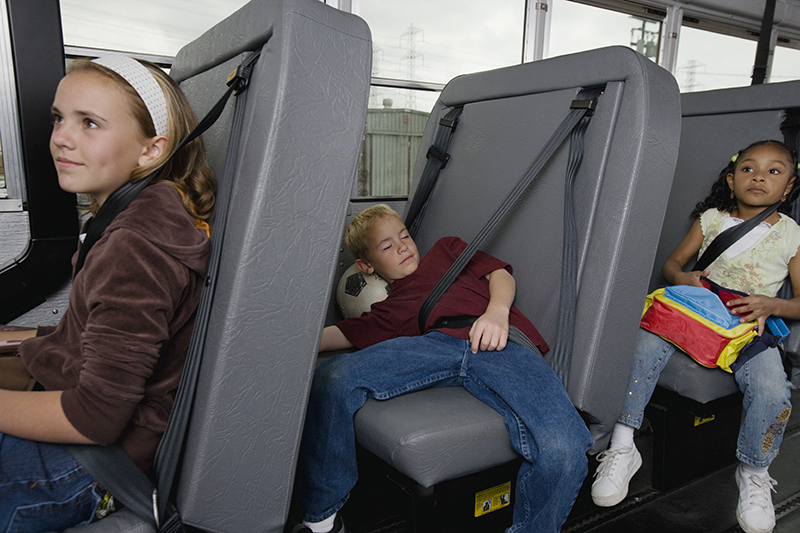 The federal government is requiring all medium and large highway buses now being built to have seatbelts, but doesn’t make their use mandatory. (Adobe Stock)

AIRDRIE, Alta. — Not a day goes by in the painful aftermath of the Humboldt Broncos bus crash that Michelle Straschnitzki doesn’t wonder what if?

Straschnitki’s son, Ryan, was one of 13 survivors, but was paralyzed from the chest down when the driver of a semi-trailer ran through a stop sign and into the path of the hockey bus at a rural Saskatchewan intersection in April 2018. Sixteen people would die.

She wonders how different things would have been if wearing seatbelts on the junior hockey team’s bus had been mandatory.

“I think about it every day. It certainly would have mitigated a lot of the carnage” she said in an interview with The Canadian Press.

“I didn’t know I was going to get this angry to be honest. I get a little passionate.”

Straschnitzki, her husband Tom and a number of other Bronco parents are angry at what they see as inaction from the federal and provincial governments on measures that could prevent another tragedy.

The federal government is requiring all medium and large highway buses now being built to have seatbelts, but doesn’t make their use mandatory. Seatbelts on school buses are not required.

“It’s just disgusting that nothing has changed. It should be legislated as of yesterday. It should be across the board, across Canada. It makes me nuts,” Straschnitzki said.

“This is not OK. We should not be fighting for this 2 1/2 years after the bus crash. It’s not right.”

Alberta Transportation Minister Ric McIver did not respond to requests for an interview.

Both Straschnitzki and former NHL player Chris Joseph, whose son Jaxon died, say McIver seems to consider them an inconvenience.

“We ambushed him at the legislature one day …We met with him a second time, but he only tolerates us. We’re an inconvenience to him,” said Joseph.

“The inaction that has happened since the Broncos crash is brutal.”

“Putting these families first is an absolute must and he hasn’t done that, so he should be ashamed of himself,” Loyola said.

“Ric McIver should be listening to these families. He should be giving them the time and that’s what the real issue is.”

An official with Transport Canada said the department is working with all levels of government to improve road safety with collision avoidance technologies and measures to prevent driver fatigue and distraction.

“At the same time, the report also notes that there is merit in further exploring whether to move toward future mandatory seatbelt requirements,” Best said. “At present, such installation remains optional in recognition of the strong safety record of school buses.”

Transport Canada has introduced a limited pilot project in Ontario and British Columbia in which school buses will be outfitted with three-point seatbelts that meet federal safety standards.

A report in 2019 by the coroner’s service in Saskatchewan called for tougher enforcement of trucking rules and mandatory seatbelts on highway buses.

“Our provincial legislation says that if you’re on a vehicle in a seat that is equipped with a seatbelt, you have to put it on, so we already have a law that covers that,” Quaye said.

Putting seatbelts on school buses could be problematic, because they could require adjustments for the size of a child or bulky winter clothing, he said.

Straschnitzki and Joseph are worried that the window of opportunity for having something positive come out of the crash is starting to close.

“But I just think about cases where one person deciding to stay with it has made some positive change, even years after,” Joseph said. “I don’t think we’ll ever give up.”

With files from Stephanie Taylor in Regina