Fallen Montreal firefighters honoured at ceremony in Ottawa on Sept. 11 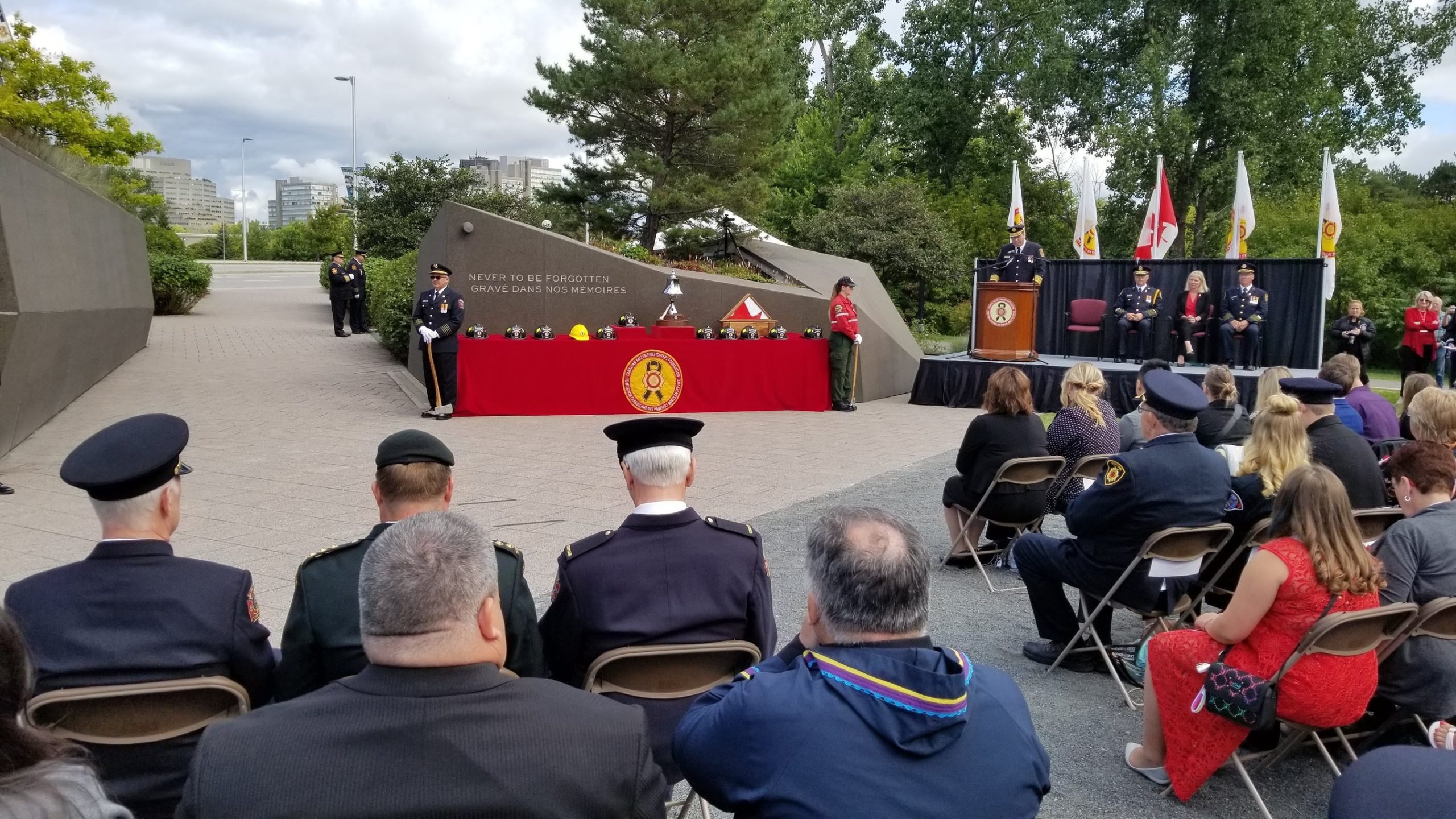 Several hundred firefighters, officials and dignitaries from across Canada and USA as well came to pay tribute to fallen firefighters at the National Firefighters Memorial in Ottawa. (CNW Group/Association des pompiers de Montréal)

Twenty-four Montreal firefighters have had their names inscribed on the National Fallen Firefighters Memorial in Ottawa.

The fallen heroes were honoured at a ceremony in the capital on Sept. 11.

A special tribute was also paid to firefighter Pierre Lacroix who lost his life on Oct. 17, 2021, in the Lachine Rapids during a rescue operation of two boaters who ultimately survived after capsizing, possibly due to a particularly violent and untimely wave. Lacroix, 58 years old and on the verge of retirement, was trapped under the overturned boat.

“All of Montreal’s firefighters are still heartbroken at the thought of this highly esteemed colleague’s tragic death,” said Chris Ross, president of the Montreal Firefighters Association today.

For him, the ultimate sacrifice of firefighter Lacroix, at the risk of his life, will remain forever in the memory of Montreal firefighters for whom the sacrifice of their lives is an acceptance of the risky profession they have embraced.

In addition, 24 other Montreal firefighters, who died of various cancers most likely contracted in the line of duty, will have their names inscribed in perpetuity on the Canadian Fallen Firefighters Foundation (CFFF) monument.

“These firefighters who gave their lives for the protection and safety of citizens will remain our heroes, day in and day out, and will be remembered forever by the firefighting family as well as by the public and the citizens they knowingly served,” said Mr. Ross.

The President of the Montreal Firefighters Association also noted that the deaths of these 20 firefighters were obviously attributed to cancers contracted as a result of exposure to various toxins.