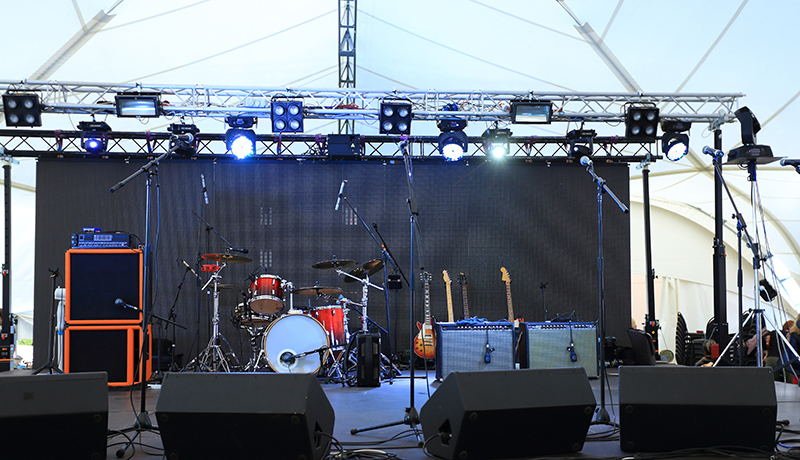 A coroner’s inquest last spring heard that plans for the stage were riddled with mistakes, the wrong building components were used in key areas and the construction was running behind schedule. (yurolaitsalbert/Adobe Stock)

TORONTO (CP) — An engineer who signed off on a Radiohead concert stage that collapsed and killed a man six years ago will face a professional misconduct hearing despite his argument that he has since retired, a panel decided Monday.

Domenic Cugliari faces professional misconduct charges in the June 16, 2012, stage collapse ahead of an outdoor concert in Toronto that killed drum technician Scott Johnson and injured three other members of the band’s road crew.

Cugliari filed a motion Monday to have the charges stayed, saying the Professional Engineers Ontario disciplinary panel did not have jurisdiction to hear the case because he is no longer an engineer.

The panel heard Cugliari resigned from the engineering association when he retired in July 2018, about six years after the stage structure and tonnes of equipment crashed down.

The five-member panel denied the request, which came in advance of Cugliari’s scheduled disciplinary hearing, saying their reasons for the decision will follow at a later date.

Scott Thompson, Cugliari’s lawyer, cited a portion of the Professional Engineers Act that was amended in 2017 in arguing that the engineering association had no jurisdiction in the case.

“The powers of the disciplinary committee only reference the word ‘member,’ not ‘former member,”’ Thompson said.

“We say, reading the legislation as a whole, it doesn’t address the issue, it doesn’t give the disciplinary committee the authority to deal with a former member.”

The engineering association’s lawyer, Leah Price, argued that nothing changed when the legislation was updated in 2017. She said the panel still has jurisdiction over members who have resigned.

“Their resignation doesn’t give them a get-out-of-jail-free card,” Price said. “He resigned while the investigation was underway.”

Thompson scoffed at Price’s remarks, saying his client did not resign “to avoid the process.”

Cugliari declined to comment on the proceedings outside the tribunal.

A coroner’s inquest into Johnson’s death last spring heard that plans for the stage were riddled with mistakes, the wrong building components were used in key areas and the construction was running behind schedule.

Cugliari testified he did not check to see if the correct parts were used because he trusted the contractor.

The criteria of the inquest was not to lay blame, and a jury returned with a slew of recommendations designed to prevent future deaths.

Charges were laid under the province’s Occupational Health and Safety Act against the show’s promoter Live Nation, contractor Optex Staging and Cugliari.

They were later stayed because the matter took too long to get to trial.

The Johnsons told The Canadian Press in late November that no one responsible for their son’s death has apologized.

When asked Monday he wanted to apologize to the Johnsons, Cugliari said: “We will in due time.”