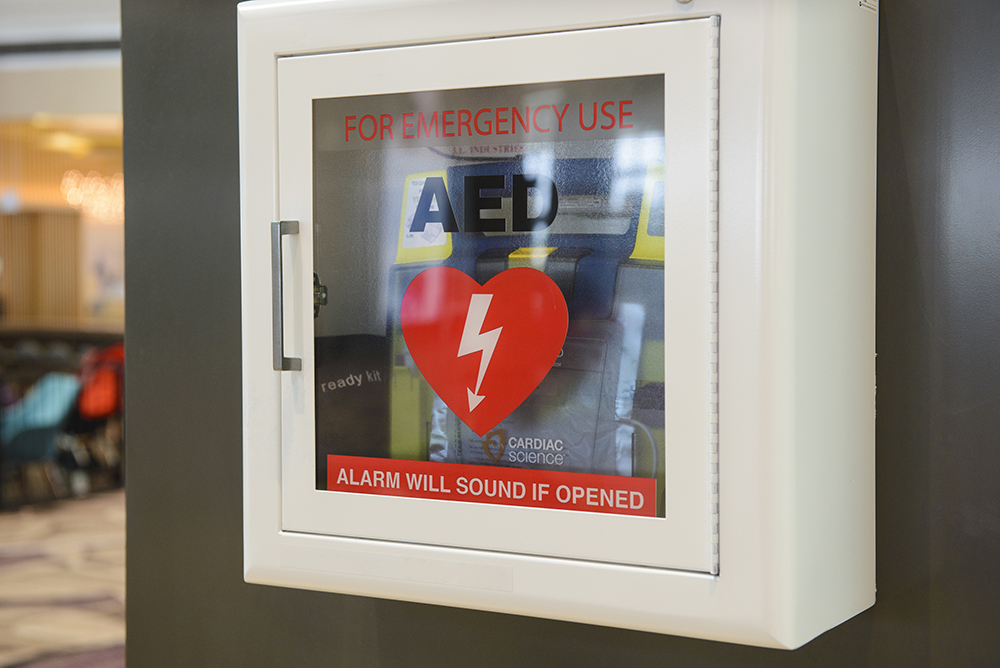 ANAHEIM, Calif. (AP) — Jay Bouwmeester remains in Southern California, but the veteran St. Louis Blues defenceman was alert and talking with teammates one day after collapsing on the bench during a game.

“He was in good spirits with us, typical Jay, so I think it certainly made us all feel a lot better knowing that we had the opportunity to talk to him. Typical Jay is a very good Jay,” defenceman Alex Pietrangelo said.

The 36-year old Bouwmeester suffered a cardiac episode during the first period of Tuesday night’s game against the Anaheim Ducks. General manager Doug Armstrong said during a news conference in Las Vegas on Wednesday that Bouwmeester was unresponsive after collapsing on the bench.

A defibrillator was used and he regained consciousness immediately before being taken to an Anaheim hospital.

“He is doing very well and is currently undergoing a battery of tests. Things are looking very positive,” Armstrong said.

Pietrangelo — who was one of the first to call for help after Bouwmeester slumped over with 7:50 left in the first period — said he visited Bouwmeester in the hospital Tuesday night and the rest of team got to see him via FaceTime. The team stayed overnight in Southern California before taking a chartered flight to Las Vegas, where they will play the Golden Knights on Thursday.

Bouwmeester’s father was at the game as part of the team’s annual dads trip and accompanied his son to the hospital.

The team had a meeting at the hotel in Las Vegas before the media was allowed in. Several players remained for the news conference and appeared shaken and tired after a long night and morning.

“It’s hard to even explain, it happened so fast, it felt like it was an eternity for us,” Pietrangelo said. “It’s not easy to see anybody go through it, let alone your close friend and teammate that you spend every day with. Certainly, we’re lucky to have each other anytime you’re going through something like this.”

While Bouwmeester remains hospitalized, the Blues are trying to refocus on hockey. The defending Stanley Cup champions lead the Western Conference with 73 points but the gap between the top three teams in the Central Division was only four points going into Wednesday’s games.

Armstrong and players lauded the Ducks and Blues medical staffs for their quick work.

“How quickly they got on there to revive Jay to get him back is a testament to the work that is done and a testament to the NHLPA and the NHL for making sure that teams do all the proper work behind the scenes and have the people in the right spots, that are there to help the guys if anything happens,” Armstrong said.

The NHL has had standards in place to deal with potential life-threatening cardiac problems for several seasons. They include having a team physician within 50 feet of the bench. An orthopedic surgeon and two other doctors are also nearby.

Defibrillators must also be in close range. The home team has one on its bench and the away team must have theirs no further away than their locker room. Each medical team regularly rehearses the evacuation of a severely injured player before the season and all players are screened for serious cardiac conditions.

The last player to collapse on an NHL bench before Bouwmeester was Dallas forward Rich Peverley in 2014. Peverley had an irregular heartbeat, and the quick response of emergency officials made sure he was OK. Detroit’s Jiri Fischer had a similar episode in 2005.

“The Peverley and Fischer incidents and now Bouwmeester reminded us all how important it is to have team doctors close to players’ benches and defibrillators easily accessible in short notice,” said Edmonton Oilers general manger Ken Holland, who was with Detroit in 2005 when Fischer collapsed on the bench. “It has probably saved all their lives. Incredible job by league and team medical people.”

Bouwmeester — who is in his 17th NHL season — was skating in his 57th game this season and the 1,241st of his NHL career. He had skated 1:20 in his last shift before collapsing and logged 5:34 of ice time as the game got going.

The Blues and Ducks are talking with the league about making up the game, which was postponed. Armstrong said a full 60 minutes will be played and it will resume with the game tied at 1.