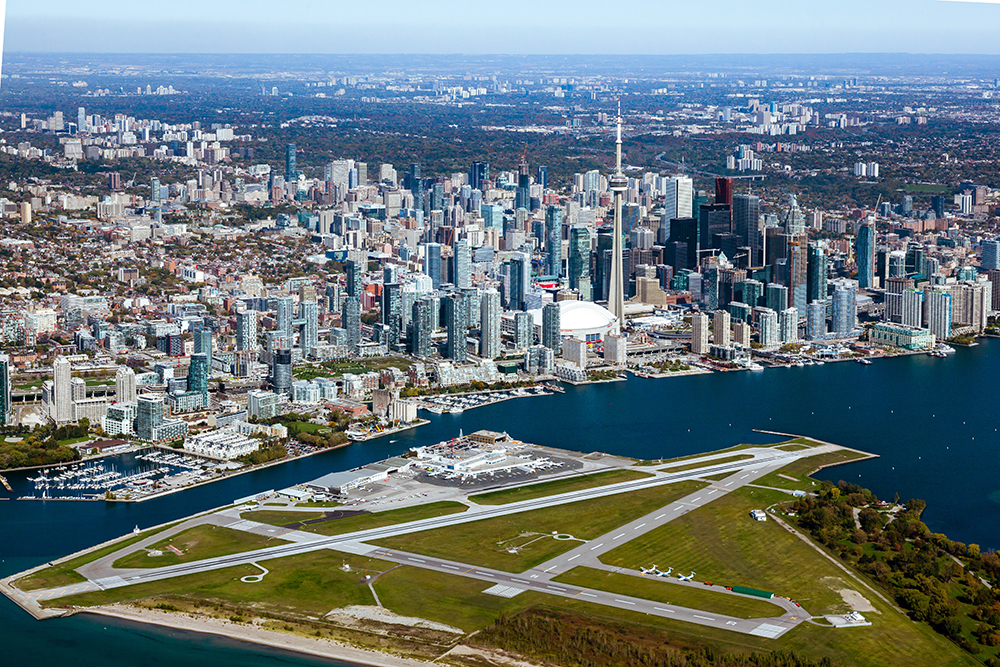 Toronto Hydro and Hydro One say power was restored Thursday night to remaining customers after a large swath of the city’s downtown core including office buildings, a major mall and a university campus was left without electricity.

In posts on Twitter, the utilities announced the power was back on and thanked people for their continued patience.

“Safety is always our top priority. We know this power outage has made today exceptionally difficult for many of you, and we appreciate your patience,” said David Lebeter, chief operating officer of Hydro One in a release.

“We had all available resources helping to restore power as quickly and safely as possible. I want to thank all of those affected by this outage for their patience and Toronto Fire and Toronto Hydro for their collaboration.”

Crane was on a barge

Hydro One said the outage was caused when a barge moving a crane in the upright position ran into high voltage transmission lines in the Port Lands area.

A Toronto Hydro spokeswoman said the outage, which hit around 12:30 p.m., affected approximately 10,000 customers, and power was restored to half of them by 6 p.m.

The storefronts at the popular shopping hub, as well as the electronic billboards surrounding Yonge and Dundas Square outside the mall, immediately went dark when the outage hit.

Mark Wells, who stepped into the mall to grab a bite to eat, said the scene inside was chaotic.

“People were scrambling everywhere, the lights were out in the stores, people were running everywhere, back and forth and out the door,” he said. “Outside the elevators, a lady almost got hurt … she got shoved up against the door almost.”

The mall eventually closed and security guards stood outside entrances to prevent people from entering.

Many workers in the downtown core headed into the sunshine as the outage disrupted their workday.

“We were just doing our work and it cut out, but it’s just forcing us out on a nice day, so it’s not too bad for me,” software engineer Riaz Virani said.

Deny Soto, who works on the 30th floor of an office tower that’s part of the Eaton Centre, said she and her colleagues were forced to walk all the way down because the outage cut service to the elevators.

It was a “dizzying” process, she said. “We were going around in circles for a while and we just had to take some breaks and turn in the opposite direction.”

Her employer cancelled all remaining meetings and decided to wrap up the work day from home, she added.

Zeus Sequeira, who works with the Royal Bank of Canada, was heading into a meeting when he learned of the outage. He said he was hopeful staff could apply the flexible work skills learned during the COVID-19 pandemic to adapt to the situation.

“I think it will be a minor inconvenience, may affect productivity a bit, but it shouldn’t really impact our ability to deliver too much,” he said. “It’s an inconvenience, though, for sure.”

Other downtown workers tried to adapt in different ways.

Sandra Joukov was set up with cordless hair clippers outside her downtown barbershop with client Brandon McBurney, who had an appointment set for the afternoon before the outage prompted a quick pivot.

“We’re taking our work outside today,” she said from the sidewalk.

From the barber’s chair in the sunshine, McBurney said he was making the best of the situation.

“Getting a tan here, getting my hair cut, life’s good,” he said.

The City of Toronto said it has launched a full investigation into what happened.

Mayor John Tory thanked those who were affected by the outage for their patience.

“I know Hydro One and Toronto Hydro will be working to determine exactly what happened in this incident,” he said in a statement posted to his Twitter account.

Toronto Fire District Chief Stephan Powell said as of the late afternoon, fire services hadn’t seen a rise in accident reports in the downtown core and noted that people seemed to be handling the situation well.

“They’ve been pretty well behaved as a whole,” he said.

Fire services responded to at least a dozen calls about people trapped in elevators, Powell said.

Federal Immigration Minister Sean Fraser was among them, sharing a social media post featuring him smiling inside an elevator with a small group of people.

“Came to town for the day — hopped in an elevator just before the power went out. Still in here. Terrible timing,” Fraser tweeted a little after 1 p.m. Fraser’s office confirmed the minister was in the elevator for about 50 minutes before being freed.

A spokesman for the Toronto Transit Commission said some downtown subway stations briefly lost full power briefly, but it was soon restored. The TTC’s King Station, in the financial district, was on emergency power, said transit agency spokesman Stuart Green.

Many who stepped into the largely darkened station Thursday afternoon used the flashlight on their phones to illuminate the way.