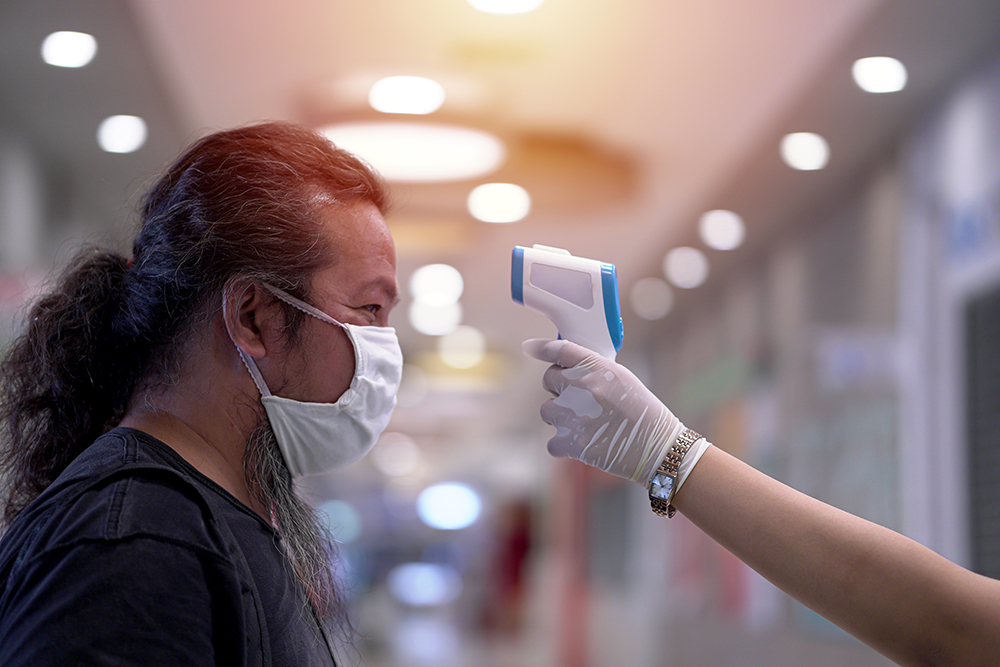 Authorities across the globe are working to prevent a resurgence of COVID-19. (thanarak/Adobe Stock)

CANBERRA, Australia — Virus restrictions once lifted are being reimposed, shutting businesses and curbing people’s social lives as communities try to curb a disease resurgence before it spins out of control.

Residents of Australia’s second-largest city were warned on Wednesday to comply with lockdown regulations or face tougher restrictions. Melbourne’s 5 million people and part of the city’s semi-rural surroundings are a week into a new, six-week lockdown to contain a new outbreak there.

“The time for warnings, the time for cutting people slack is over,” Victoria state Premier Daniel Andrews said. “Where we are is in a very serious and deadly position.”

Indian authorities will impose lockdowns in high-risk areas in nearly a dozen states as the nation’s coronavirus caseload approaches 1 million.

A two-week lockdown starting Thursday has been imposed in Bihar, a state in eastern India with 128 million people and a fragile health system. Since Saturday, Bihar has recorded over 1,000 cases each day despite limited testing.

Nearly 2.5 million poor migrant workers who were stranded during India’s initial nationwide lockdown have returned to the state after losing their jobs in large cities.

In Bangalore, a key technology hub in southern India where major tech companies like Amazon and Apple have offices, the government has ordered a weeklong lockdown.

The boost that India’s economy received in June after the nationwide lockdown was relaxed is being halted by the localized lockdowns, experts say.

Economic indicators like labour participation rates and electricity consumption declined in July from June, according to the Center for Monitoring Indian Economy, an independent think tank.

Renewed restrictions took effect in Hong Kong on Wednesday, with public gatherings limited to four people, restaurants restricted to takeout after 6 p.m., and a one-week closure for gyms, karaoke bars, and selected other businesses. Masks also are mandated on public transit for the first time, with the non-compliant being fined.

Sammi Li, the owner of the Mibrows salon, said small businesses such as hers are at the mercy of such mandatory closures as there is little they can do to prepare. She expects the cycle of reopening and closing to continue until a vaccine is found.

“We’ll just try to work as much as we can when we are open, to prepare for another closure,” she said.

During the last round of closures, Li received a $3,870 government subsidy that covered costs such as rent and utilities, but not income lost. It’s unclear whether there will be subsidies this time.

Of the nearly two dozen possible COVID-19 vaccines in progress, candidates from the U.S., China and Britain are entering final testing stages. The first one tested in the U.S. revved up people’s immune systems just the way scientists had hoped, researchers reported Tuesday as they prepared to begin key final testing.

In the U.S., places including Washington state are delaying timetables for reopening their economies. Gov. Jay Inslee said counties will remain at their current stage of economic reopening at least until July 28.

Inslee warned there was a “significant risk” that parts of the economy may have to be closed again if coronavirus activity continues to climb.

The United States is the worst-hit country with 3.4 million cases, according to a Johns Hopkins University tally. It said more than 13.3 million people have been infected worldwide, and 578,000 have died.

The actual numbers are thought to be far higher due to a number of reasons including limited testing.

New Zealand has been a success story in the pandemic by pursuing the ambitious target of eradication of the virus. Some in near-neighbour Australia are arguing that the Australian government also should have pursued eradication rather than suppression.

New Zealand has not recorded a locally spread case in 75 days, and all 27 of its active cases are people quarantined after foreign travel.

If it has a future community outbreak, a system of local or regional lockdowns would be used and a second national lockdown would be a last resort, Prime Minister Jacinda Ardern said. Local lockdowns might involve buildings, suburbs or a city.

“Our priority will be to control any cases with the least intrusive measures and over the smallest area we can,” Ardern said. “No one wants to go backwards but the reality is our fight against the virus is not over and we must have a plan at the ready to protect our current position if it comes back.”

Some countries including South Korea have weathered the pandemic without severe economic lockdowns, although officials shut schools until May and temporarily closed leisure facilities in some major cities when infections rose. The country’s professional baseball league, which returned to action in May without spectators, is now preparing to bring back fans in the stands.

Instead of placing stringent social restrictions, the country is attempting to contain its outbreak by mobilizing technological tools to trace contacts and enforce quarantines. Smartphone tracking apps monitor tens of thousands of people quarantined at home.

But health authorities in recent weeks have said they are finding it increasingly difficult to trace contacts and predict infection routes as people increasingly venture out in public.

Business shutdowns were not enforced during Japan’s state of emergency that ended in late May, but many stores and restaurants closed voluntarily. Recent spikes in Tokyo and other major cities have prompted local governments to take action.

The southern prefecture of Kagoshima issued a 14-week closure request for dancing halls, bars and other nightclubs after one venue was connected to about 100 infections.

After a surge in daily infections beginning last month, Israel moved last week to reimpose restrictions, closing events spaces, live show venues, bars and clubs. It has imposed lockdowns on areas with high infection rates, which in some cases sparked protests from residents. Officials have warned that if case numbers don’t come down in the coming days, Israel will have no choice but to lock the entire country down again, as it did in the spring.

“I don’t see what other tools we have aside from a lockdown,” Israeli Health Minister Yuli Edelstein told the Israeli news site Ynet. “Unless there is a miracle.”

Israel appeared to have contained its outbreak in May, but after a hasty and erratic reopening, saw the number of new cases shoot up. It is now reporting about 1,500 new cases a day, far higher than its peak in the spring.

AP reporters around the world contributed to this report.