COVID-19’s impact on women’s mental health is on the rise: CAMH study

Pandemic impact a gendered issue, due to uneven responsibilities 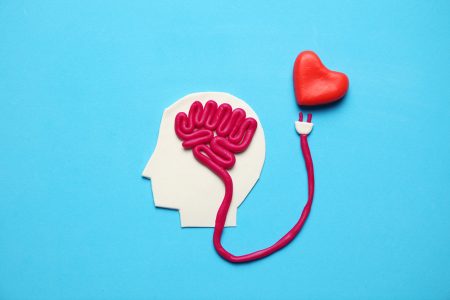 Women are experiencing higher rates of anxiety than men, according to a survey by CAMH. (Andrii Zastrozhnov/Adobe Stock)

Experts say the results reflect growing anxiety surrounding the home, with children’s return to school and persistent gender roles that have women responsible for child and home care, affecting their return to the workforce.

The survey of 1,003 adults across Canada was conducted by the Centre for Addiction and Mental Health and Delvinia, an automated research platform, between Sept. 18 and 22. It shows that women are experiencing higher rates of moderate to severe anxiety than men — 24 per cent of women surveyed said they feel anxious, compared to only 17 per cent of men.

Survey results also reveal that 27 per cent of respondents with children under 18 reported having moderate or severe anxiety.

While women are feeling more anxious, 22 per cent are reporting heavy episodic drinking — a metric CAMH used in the survey to measure levels of substance abuse — while men reported a higher rate of heavy drinking, 28 per cent.

Overall, one in four Canadians (or 25 per cent) is reporting incidents of recent heavy episodic drinking since the pandemic began, a trend that doctors say is alarming. In 2018, 19 per cent of Canadians reported heavy drinking, according to Statistics Canada.

“People are feeling very stressed,” Dr. David Gratzer, a psychiatrist at CAMH, said of the survey results, and added they’re reflective of his own patients’ struggles. “Many are picking coping mechanisms that may haunt them in the future,” he said, like alcohol or cannabis.

CAMH’s survey is part of a larger look at how COVID-19 is affecting Canadians’ mental health, with similar surveys conducted periodically throughout the pandemic to measure its changing impact.

The previous survey, conducted in July, showed that overall anxiety levels of the general population was around 19 per cent. That number has jumped to 21 per cent in September.

Tara Elton-Marshall, a scientist at CAMH, said survey results also show an increase in people worrying about catching COVID-19 in general: in September, 25 per cent of respondents said they fear catching the virus, compared to 20 per cent in July. This is in line with a rising number of cases across the country.

Among women, anxiety levels were at around 30 per cent in May. They declined after June and remained at 23 per cent for the duration of the summer.

But September marked an uptick in anxiety numbers not seen since June.

Ramona Alaggia, professor at the University of Toronto’s faculty of social work and the Margaret and Wallace McCain chair in Child & Family, said the findings on women’s mental health are in line with international research on overall anxiety levels during COVID-19 and pandemics like SARS in 2003 and H1N1 in 2009.

“Any pandemic affects the home life of people,” Alaggia said. “… and we know that women take on more of the domestic and emotional labour in general.”

Alaggia added the impact of pandemics is a gendered issue — women often experience added responsibilities of ensuring their children are following safety measures like wearing a mask, or homeschooling due to some women sacrificing their work as they often earn less than their male partners.

These struggles are further compounded onto women of colour, said Charmaine Williams, also a professor at the faculty of social work.

Williams said this is evident as racial minority communities and the women within them face higher levels of risk and illness, especially in the Greater Toronto Area, where people of colour have fallen ill with COVID-19 at higher rates.

“The social determinants (of health) that affect outcomes like anxiety are already aligned to disadvantage women of colour,” Williams said, who are more likely than others in Toronto to be living in high-density housing where self-isolation and physical distancing are not an option.

They are also more likely to work in precarious or risky sectors, like health care or the service industry, Williams added. Because of the income disparity, women of colour are then less likely to have the resources to buy personal protective equipment, for example, or have groceries delivered, both of which increase a sense of safety.

With mental health outcomes similar to those of previous pandemics, Alaggia said the struggles of today show that society hasn’t learned much from SARS or H1N1, though she added COVID-19 has affected North America more widely.

But she said she hopes the ongoing research on women’s mental health will lead to solutions like the creation of a national high-quality, affordable child-care plan to ensure more women return to the workforce.

“If women can do that, their anxiety decreases because they’re contributing, the kids are taken care of and it’s not affecting their household family income,” Alaggia said.

Williams said the results also indicate the need for prolonged income support and policies that fuel stability in the workplace, like the creation and retainment of more full-time jobs and ensuring paid sick leave is offered whenever possible.

While CAMH’s survey shows that anxiety levels are overall on the rise, it has also revealed people have used a variety of healthy coping mechanisms to deal with the increased stress, like walking, exercising and staying connected with friends and family.

Gratzer said it’s good to follow through with these habits when anxiety levels increase. But he added it’s important to monitor overall mental health symptoms as the pandemic continues, and to seek immediate medical help if they reach crisis levels.

“If you’re experiencing suicidal thoughts, that’s a medical emergency whether or not there’s a pandemic,” he said.

If you are thinking of suicide or know someone who is, there is help. Resources are available online at www.crisisservicescanada.ca or you can connect to the national suicide prevention helpline at 1-833-456-4566.