Use of both lap strap and shoulder harness required to reduce risk: report 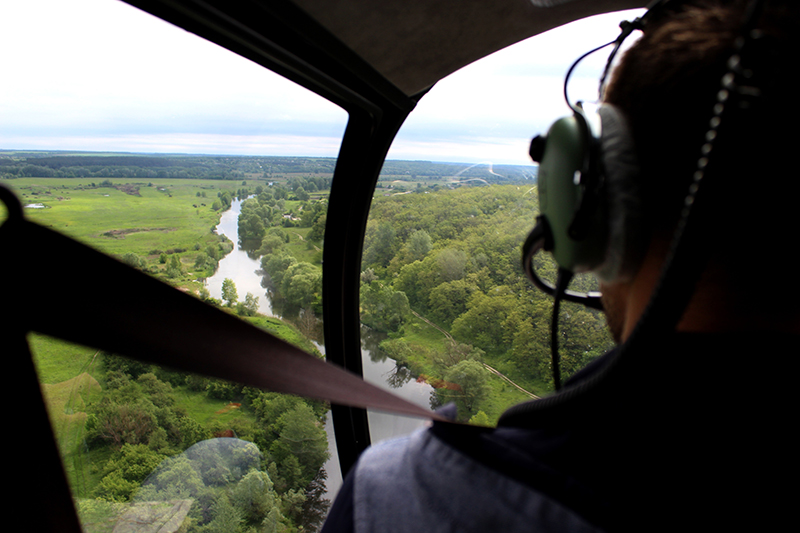 TORONTO (CP) — Clearer regulations around seatbelts are needed to reduce the risk of death or injury in accidents like a helicopter crash that killed four men nearly two years ago, the federal transportation safety watchdog said Wednesday as it released its report on the deadly incident.

The Transportation Safety Board of Canada said the government must clarify the definition of a seatbelt in the Canadian Aviation Regulations so that people know they need to wear both the lap strap and shoulder harness.

The regulation currently defines a seatbelt as “either a lap strap or a lap strap combined with a shoulder harness,” which the board said may lead people to believe wearing only one of them is sufficient.

The agency made the recommendation as part of its probe of a Hydro One helicopter crash that occurred in eastern Ontario on Dec. 14, 2017. The federal government has 90 days to respond.

“While the use of both the shoulder harness and the lap strap may not have prevented the fatalities in this particular occurrence, the proper use of safety belts is known to significantly reduce the risk of serious injury or death in the event of any survivable accident,” said Kathy Fox, chair of the Transportation Safety Board.

The board’s preliminary investigation had found an improperly secured tool bag hit the rear rotor of the helicopter before it crashed, and that two of the three passenger seatbelts were undone.

As a result, it issued a safety advisory a week after the crash, saying cargo must be adequately secured at all times and warning that passengers who don’t wear seat belts risk serious injury or death in an emergency.

The board’s full probe said investigators found the lap straps on two of the three seatbelts in the helicopter’s passenger area were unfastened, and the shoulder harness portions were rolled up and taped with electrical tape so they couldn’t be used.

“The power line technicians may not have attached their safety belts after boarding the helicopter because they perceived the risk on the short flight to be low, or because they had difficulty attaching the belts over their cold-weather gear,” the board said.

The passengers were “unsecured” and “became separated from the helicopter either slightly before or during the impact, and received fatal injuries from contact with the helicopter or the surrounding terrain.”

Investigators also found the helicopter’s tail rotor “failed entirely” after it was hit by the tool bag and a carabiner, which had been improperly attached to a platform on the side of the aircraft. The helicopter went into an “uncontrolled rotation” and crashed shortly afterwards, the board said.

The investigation also found it was company practice to attach small external loads temporarily to the helicopter’s platform during the aerial transfer of staff and equipment, and there was no formal rule against doing so during transit flights like the one that day.

It had also become common practice for power line technicians to attach tool bags and other small loads to the platform during flights to and from work sites, the board said.

Since this process was not formalized, there were no standardized procedures, checklists or training programs to make sure items were properly stored or secured, it said.

The crash near Tweed, Ont., killed the pilot and three line workers who had recently boarded the aircraft. They had departed from the base of a high-power transmission tower and were en route to a nearby staging area when the helicopter went down.

The men killed in the crash were identified by Hydro One as 39-year-old James Baragar, 27-year-old Kyle Shorrock, and Jeff Howes and Darcy Jansen, both 26.

Hydro One has said Baragar, the pilot, had been with the company since 2009.

The company has since taken a number of corrective steps, including suspending operations involving the external platform and reviewing its operations manual and procedures, the board said.