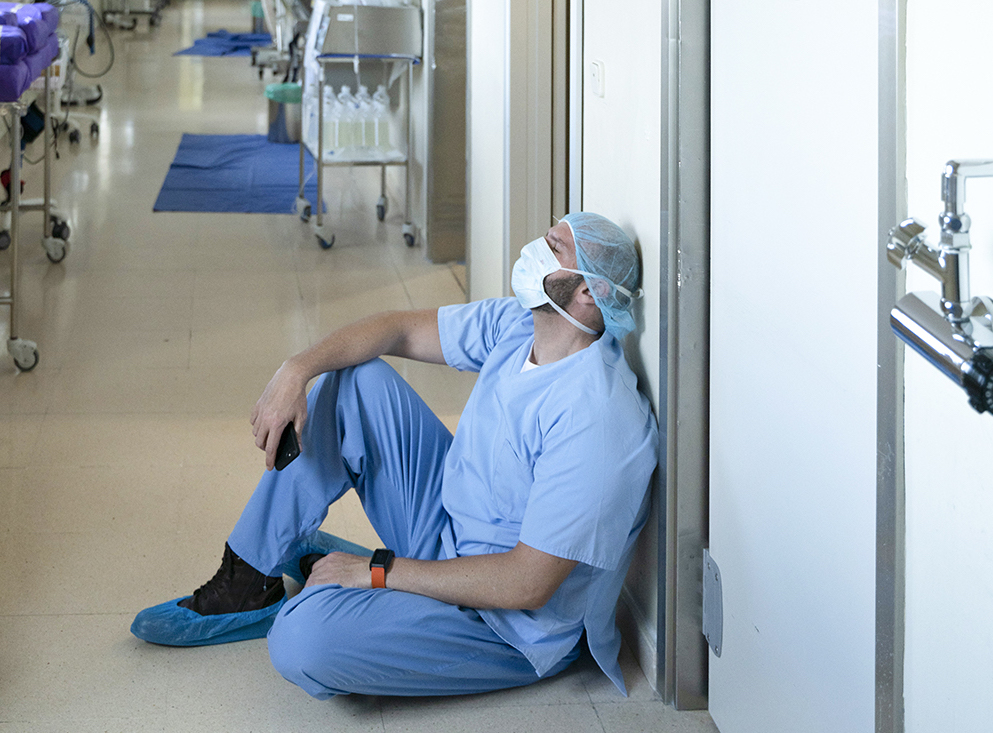 A 58-year-old Ontario man is facing charges under a new law against intimidating a health-care worker.

Ottawa police say there is a warrant out for the arrest of Louis Mertzelos in relation to threatening phone calls made to a health-care worker.

She says police told her about the charges this morning, stemming from multiple harassing phone calls she received in September.

Harassment and intimidation of health-care workers took on new levels during the pandemic, prompting the federal Liberals to pass a law in December 2021 to specifically make it a crime to intimidate health workers or their patients.

There are similar separate offences for harassment of politicians, judges, journalists and members of the clergy.

Kaplan-Myrth says threats were against the law before Bill C-3 took effect in January, but the specific offence sends a message to health-care providers that threats against them carry particular concern.

“It’s all been so horrible,” she said in an interview. “This law makes a difference.

Mertzelos is also charged with what the police say is a “hate-motivated offence” for harassing communication, harassment by repeated communication and mischief.

Kaplan-Myrth says more than one person called to harass and intimidate her and her staff, and the man charged today is alleged to also have targeted her with antisemitic slurs.

She says police were slow to respond to her initial complaints but have since been more active and say they are continuing to investigate the other threats made against her.

Kaplan-Myrth called it a relief “that for once, somebody has our backs.”

“It’s always more distressing when you say something horrible is happening, and then other people just shrug and they don’t do anything,” she said.

The charge of intimidating a health worker has been laid against at least two other people, both of them in Peterborough, Ont., in January. The man and woman were alleged to have been involved in a protest outside the home of the city’s public health officer.