Canadian companies feel impact of coronavirus as it strikes across sectors 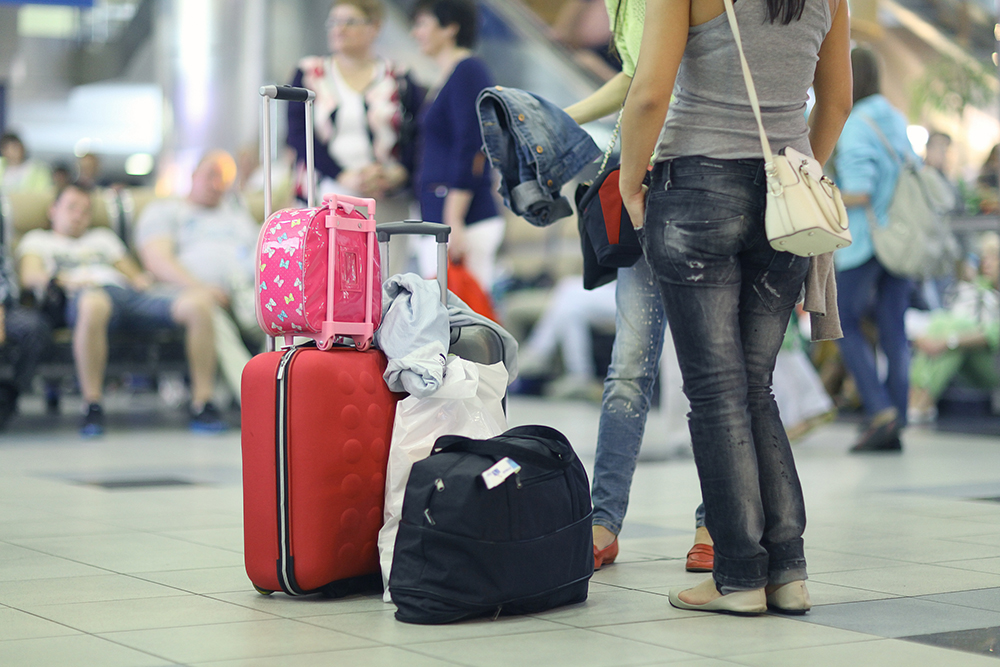 Some Canadian companies have postponed travel to China due to risks surrounding coronavirus. (kichigin19/Adobe Stock)

MONTREAL (CP) — Canadian companies are starting to feel the pinch of the deadly coronavirus epidemic as they call off trips and watch their stock values slide.

The S&P/TSX composite index in Canada had its worst trading day in nearly four months on Monday, dropping more than 100 points before partly rebounding Tuesday morning.

Imax says it postponed the release of five films after China’s more than 60,000 movie theatres shut down, including the company’s more than 600 locations. The Mississauga, Ont.-based company is in the midst of a major expansion in China, which hosts roughly 40 per cent of its outlets and generates hundreds of millions in box office revenue.

Air Canada, which offers direct flights to Beijing and Shanghai from Canada’s three biggest cities as well as to the airport at Wuhan through a partner — the epicentre of the virus — has seen its stock fall about 12 per cent in the past week. The Montreal-based carrier is allowing passengers to rebook flights to the Chinese cities free of charge.

Sectors from retail to insurance, mining and manufacturing are bracing for impact, as companies such as Canada Goose Holdings, Sun Life Financial, Teck Resources, and Magna International — which has nearly 19,000 employees at factories and offices in China — put travel plans on hold or instruct staff to work from home. All except Sun Life saw their stock fall between five and 15 per cent in the past week.

Bombardier, the Montreal-based train-and-plane maker employing some 8,000 workers in China, echoes other Canadian companies with a foothold on the mainland, saying it is “monitoring the evolving situation” and asking staff to “strictly follow the travel and public health instructions issued by the Chinese authorities.”

“With efforts still underway to contain the coronavirus outbreak, including curtailing transport between Mainland China and Hong Kong, investors have paused to assess the situation, much of which remains clouded in uncertainty,” he said in a research note.

The virus has killed at least 106 people and infected more than 2,750 others, Chinese officials report. The flu-like illness has spread to at least a dozen other countries in Europe and North America, including two cases in Toronto.

“There’s little doubt that confirmed cases will continue to rise globally in the near-term, but Chinese authorities have demonstrated a swifter and more transparent response than the SARS episode, both domestically and in alerting the World Health Organization.”

The extent of the epidemic to date falls well short of the spread of Severe Acute Respiratory Syndrome, an illness from the same family as coronavirus, that spread from China to more than two dozen countries — including Canada — in 2003.

SARS infected more than 8,000 people worldwide, killing close to 800, according to the World Health Organization. The disease sickened about 438 Canadian patients and caused 44 deaths in the Toronto area — the epicentre of the virus outside of China.

SARS cost the country $5.25 billion and about 28,000 jobs in 2003, according to a 2014 report by Kai Ostwald, an assistant professor at the University of British Columbia’s School of Public Policy and Global Affairs.

The damage came in large part from fear-based shifts in consumer behaviour rather than higher medical expenditures, Ostwald said.

“Specifically, fear of contagion prompted widespread aversion behaviour, in which people significantly reduced activities that put them in close proximity with others. This included not only things like flying and eating in restaurants, but also activities like workplace and school attendance,” he wrote.

VANCOUVER (CP) — Health officials in British Columbia say a man in his 40s is presumed to have coronavirus and is doing well as he recovers at home.

Dr. Bonnie Henry, the provincial health officer, says the man works regularly in China and lives in the Vancouver area.

She says the man has voluntarily isolated himself since returning to Canada last week and no members of his family have shown any symptoms as they are being monitored by health officials.

The government says the man began showing symptoms 24 hours after returning home. The majority of his most recent trip to China was spent in Wuhan, the city at the centre of an outbreak in that country.

He contacted a primary health-care provider on Sunday to notify them he had travelled to Wuhan and was experiencing symptoms before coming in for assessment and treatment.

The province expects to have tests results from the man’s case back from the National Microbiology Laboratory in Winnipeg within 48 hours.

If confirmed, it would be the first case of coronavirus in B.C.

The provincial government says the risk of the virus spreading remains low.

It says the BC Centre for Disease Control has developed a diagnostic test for the new coronavirus and is working to ensure potential cases can be detected quickly and accurately.