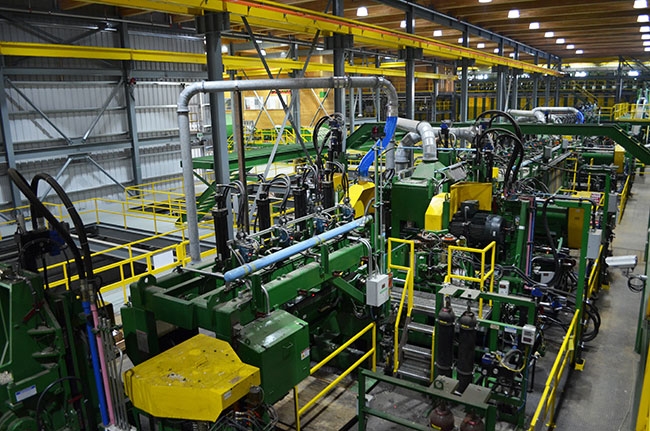 VANCOUVER (CP) — A report reviewing responses by the British Columbia government and WorkSafeBC after two fatal sawmill explosions is calling for a more streamlined investigative process and new ways for workers to report safety concerns.

Vancouver lawyer Lisa Helps was asked to assess how worker safety recommendations were implemented in the aftermath of the explosions.

In her 54-page report, Helps says all the recommendations made in reports stemming from the incidents have been implemented or partially implemented and the changes have been largely effective and positive. They include two reports commissioned in 2014 as well 2015 reviews by the BC Coroners Service.

However, Helps recommends establishing a confidential database where workers can report safety infractions and designating a worker ombudsperson at WorkSafeBC.

She also calls for restructuring investigative teams to join compliance and quasi-criminal investigators and empowering them to make independent decisions about charge approval submissions.

“The change would make investigations faster, comprehensive and more likely to proceed to prosecution,” she says in the report.

The United Steelworkers has previously accused WorkSafeBC, formerly known as the Workers Compensation Board, of mishandling its part of the investigation in a way that prevented criminal charges from being laid in either case.

Helps recommends amending the Workers Compensation Act to remove oversight and approval for charges from WorkSafeBC’s purview and to allow victim impact statements.

“When a prosecution results in a conviction, victim impact statements will give a voice to the affected worker, and publication will allow for all employers to learn about the hazards of ignoring workplace safety,” the report says.

Affirming the independence of the investigative unit would ensure they are not subject to an appearance of bias. New search and seizure powers would ensure judicially obtained warrants preserve the integrity of exhibits and investigations, the report says.

The United Steelworkers issued a statement urging the government to implement Helps’s 11 recommendations.

Steve Hunt, District 3 director for the union, said in an interview that recommended amendments to the Occupational Health and Safety Regulation would bolster workers’ fundamental rights to refuse unsafe work, rights to health and safety, and rights to know the hazards they face.

Workers are often intimidated to report concerns directly to a boss, especially when they don’t have the backing of a union, he said, so an independent reporting system and ombudsperson would make reporting more likely.

Helps’s report says the ombudsperson could assist workers, explain procedures and processes, and be able to provide a bridge to WorkSafeBC for workers ongoing input into safety processes.

The union’s thoughts remain with the families and communities directly affected by the tragedies, said Hunt.

“It’s taken a long time to get to this point but I’m satisfied that it hopefully will prompt people responsible for the health and safety of workers to actually take care,” he said.

Gordon Macatee was tasked with writing the report after flawed investigative techniques were cited by the Crown for its decision not to lay criminal charges in both sawmill explosions.

In April 2016, Macatee called for a two-team model designed to preserve the integrity of evidence. Under the model, a team investigating workplace incidents for compliance and causation hands over its investigation via a gatekeeper to a second team, if it identified any potential for liability or criminal conviction.

But the result is a cumbersome and slow process that is poor at preserving evidence and causes delays, Helps says.

“Further, the current two teams do not share information, meaning much of the work has to be duplicated,” she says.

“WorkSafeBC is dedicated to the prevention of workplace injury, disease and death, and we work with the government, and employers and workers across the province to promote safe and healthy workplaces,” it says.