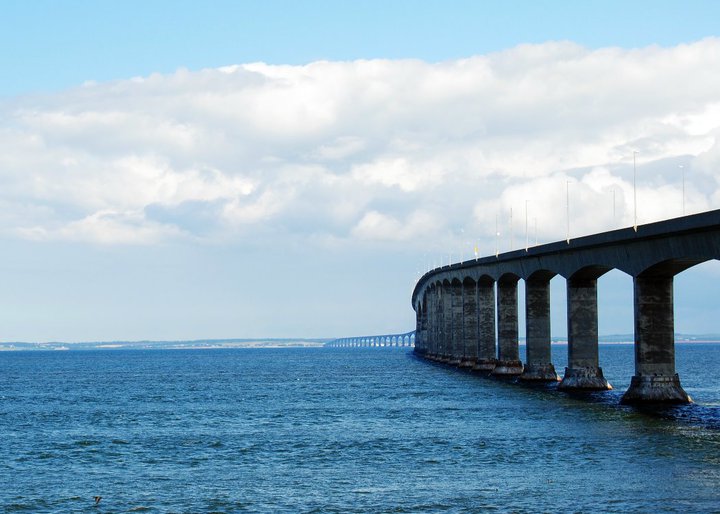 P.E.I. will once again be accepting visitors from the Maritimes as of April 19. (OHS Canada)

HALIFAX — Atlantic Canada’s premiers say the region’s residents will be able to resume unrestricted travel between the four provinces in mid-April.

The return of the so-called Atlantic bubble was jointly announced Thursday by the premiers of Nova Scotia, New Brunswick, Prince Edward Island and Newfoundland and Labrador.

Nova Scotia Premier Iain Rankin said the scheduled reopening of the bubble on April 19 is about returning to normality with COVID-19 case numbers currently low throughout the region. Atlantic premiers also want to help the region’s economy while making it easier for families to visit one another, Rankin said.

“For a long time we have been able to keep our borders tight, and that’s proven successful, and the previous Atlantic bubble was very successful, so I’m eager to see that (opening) happen,” Rankin told reporters following a cabinet meeting.

The previous bubble burst in November when a number of COVID-19 outbreaks led the provinces to tighten their boundaries.

The four provinces reported a total of 11 new COVID-19 cases on Thursday — three in Nova Scotia, one in Newfoundland and Labrador, and seven in New Brunswick, while P.E.I. did not report.

Rankin said the reopening of the bubble isn’t a result of pressure from the business community.

“I think that everyone has been wanting to see opportunities to travel throughout our region, and when you see that all of our cases are at the same level percentage wise, it makes sense to start looking at it,” he said.

The reopening is conditional on COVID-19 case numbers remaining low in the region, outbreaks being contained and on the advice of provincial medical officers.

Newfoundland and Labrador’s participation depends on continued progress in easing its restrictions following an outbreak that swept through the St. John’s region last month, the premiers’ statement said.

The Avalon Peninsula, which includes the provincial capital, moved to Alert Level 4 last weekend and Premier Andrew Furey said he wants the province to be at Alert Level 2 before it joins the bubble.

Furey said he’s cautiously optimistic the numbers will hold. “As we see the numbers go down, that builds the excitement towards an Atlantic family again,” he said in an interview Thursday.

Shortly before the premiers made their announcement, a Newfoundland and Labrador tourism group published a report urging Furey to open the province’s borders to the rest of the country by Canada Day.

The report from the premier’s advisory council on tourism said the sector has been hit hard by COVID-19, and business owners are struggling.

“I know that they’ve been the hardest hit,” Furey said. “We’d love to be able to use the Atlantic bubble, when it’s safe, to reintegrate with the rest of Canada during the summer … but again, following the evidence and following the guidance of the chief medical officers of health.”

The return of the bubble means residents of the Atlantic provinces will be able to travel within the region without having to self-isolate for 14 days, but the isolation requirement will remain for visitors from other parts of Canada.

Rankin said despite the pending return of the bubble and the gradual ramping up of COVID-19 vaccination programs, the region’s premiers are not close to a decision on a potential reopening of boundaries with the rest of the country.

“I don’t think we are there yet,” Rankin said. “We decided it wouldn’t be appropriate at this time until we have further vaccinations out into the public.”

14 days of solitude: The lonely success of the ‘Atlantic bubble’

New Brunswick, however, announced Thursday it will establish a travel bubble with the Quebec regions of Temiscouata, Avignon and Listuguj First Nation.

New Brunswick Health Minister Dorothy Shephard called the development “exciting” but cautioned her province’s ability to move forward would depend on its progress in curbing the virus over the next few weeks.

“If we see major outbreaks, we will be forced to delay openings of these travel bubbles,” Shephard told reporters in Fredericton.

As well, the province announced that as of March 26, rotational workers will no longer be required to self-isolate if they have received their first dose of vaccine two weeks prior to entering the province.

Meanwhile, Rankin tempered his optimistic tone about the bubble as he announced Nova Scotia’s first COVID-19-related death since August. A woman in her 80s from the Halifax area is the 66th person to die since the onset of the pandemic.

“We have said so many times that this is such an insidious virus,” Rankin said. “Although we have done well in our province to keep cases low, it’s still here.”

With files from Sarah Smellie in St. John’s and Danielle Edwards in Halifax