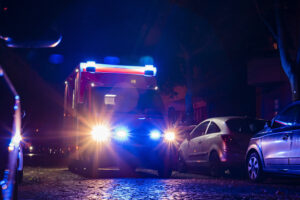 EDMONTON — Alberta Health Minister Jason Copping says an emergency response crisis in southern Alberta last week highlights the need to do more to alleviate stress in a network dangerously strained by COVID-19 and other factors.

Copping referred to four emergency calls coming in simultaneously in Airdrie, on Calgary’s northern outskirts, which forced one medically fragile boy with a broken leg to be taken to hospital by fire truck because ambulances weren’t available.

“This was an extraordinary situation — a rush of urgent calls on a busy day in the middle of winter at a time when we are likely approaching the peak of pressure on the system from the (COVID-19) pandemic,” Copping said Monday.

Copping said health officials scrambled to fill the gaps. Supervisors were put in front-line positions and inter-facility transfers of non-urgent patients were paused and firefighters trained in paramedic care stepped up.

“I’m grateful that the patients all received the care they needed, but the reality is the delays that day were too long,” he said.

“We don’t ever want to be in a position where we put other emergency services at risk to fill the gaps in our urgent medical care.”

Lia Lousier has told media her 10-year-old-son, Braeden Lousier-Hicks, had to be taken to hospital in a fire truck on Thursday when he broke his femur and no ambulances were available.

Lousier said Braeden has a genetic disorder that results in brittle bones among other complications.

Health care in Alberta, particularly emergency response, has been under crushing pressure in recent weeks with the rapid spread of the Omicron variant.

While the number of COVID-19 intensive care patients has been less than in previous waves of the pandemic, the sheer number of people requiring attention, or a hospital bed, soared to unprecedented levels last week.

On Friday, there were almost 1,200 in hospital with the infection, including 107 in intensive care.

Darren Sandbeck, chief paramedic for Alberta Health Services, said a number of changes are being made to reduce strain on the system.

They include transferring more non-emergency low-priority calls to other aid agencies and transferring non-emergency inter-facility patients by means other than ambulances. Ambulances will not respond automatically to all car accidents, but only to those in which injuries have been reported. Emergency dispatch rules are to change to ensure communities are not left without ambulance coverage.

The committee is to deliver its first report in May, but may introduce shorter-term solutions in the meantime.

Mike Parker is head of the Health Sciences Association of Alberta representing 27,000 paramedical technical, professional and general support employees. He said he’s “cautiously optimistic” the changes will help, but said more is needed right away.

“There is nothing that is immediately going to support a decrease in response times,” said Parker.

The only way to fix intense pressure on emergency medical services, he said, is to address funding downfalls and to expand public health care with a focus on improving the work environment and health of front-line staff.

Parker said the province should also be publicly sharing when there are red alerts.

David Shepherd, health critic for the Opposition NDP, said Kenney’s government has once again done too little too late in addressing crises raised by the pandemic.

“Today’s comments from the UCP on the crisis they created in Alberta’s ambulance system offered no transparency, no targets, no timelines, and no accountability,” said Shepherd.

“This crisis has been growing for some time and it’s unacceptable that the UCP are so far behind on addressing it.”

— With files from Alanna Smith in Calgary

Brandt Tractor – BC Interior
Cranbrook, BC