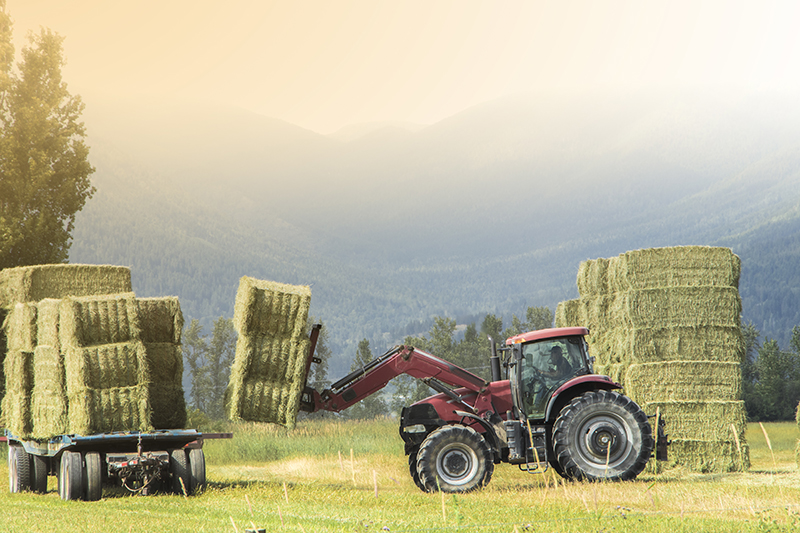 The UCP government estimates that about three-quarters of Alberta’s 41,000 farms would be classified as small operations. (Adobe Stock)

EDMONTON (CP) — Most Alberta farm operations would no longer have to follow employment standards rules or have workplace insurance under a bill introduced in the legislature.

The bill also states that farm workers would no longer have the right to unionize or bargain collectively.

The proposed legislation, introduced Wednesday by Agriculture Minister Devin Dreeshen, overhauls many of the farm and ranch rules put in place by the former NDP government.

Right now, all paid farm workers — excluding family members — must have Workers’ Compensation Board coverage for death, dismemberment and disability.

Under the new bill, those rules would only apply to large agricultural operations.

Farms that have five or fewer paid workers would be exempt.

The United Conservative government estimates that about three-quarters of Alberta’s 41,000 farms would be classified as small operations.

“We’re making sure that this is reflective and responsive of what farmers are actually telling us, and farm workers as well,” Dreeshen said before introducing the bill in the house.

“We wanted to make sure that small family farms are protected.”

Dreeshen said farmers told him this summer that they wanted the changes and didn’t want unionization.

“Farmers would tell us that there’s no real place for a union on a farm,” said Dreeshen.

The government said that so far no farm workers have tried to unionize.

Previously, farms had to get workplace insurance through the Workers’ Compensation Board, but will be able to go through the board or a private provider if the bill passes.

Occupational health and safety rules would still apply across the board, but would be done broadly on an outcome-based basis rather than through rules tied to specific agricultural jobs.

Greenhouses, nurseries, mushroom and sod farms are to be classified as farm and ranch operations. That means they would qualify for specific rules, including the small employer exemption, general holiday pay set at 4.2 per cent and four days of rest for every 28 days of work.

Opposition NDP labour critic Christina Gray said the bill rolls back on rights and protections for a vast number of farm workers with potentially fatal consequences.

She said when everyone had to have WCB coverage, the WCB could track injuries and intervene to reverse trends in dangerous workplaces.

“This is going to lead to workers who are injured (or) workers potentially killed, with no compensation for them and their families,” said Gray.