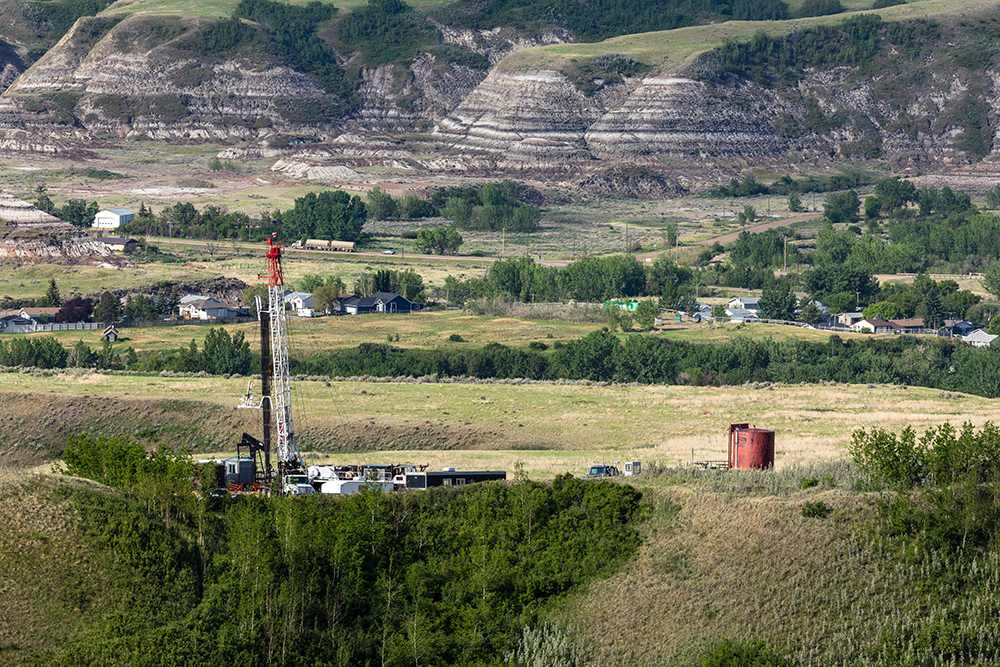 Alberta’s oilsands industry is currently dealing with an outbreak of COVID-19. (hecke71/Adobe Stock)

EDMONTON — Alberta has reached almost 2,000 cases of COVID-19 and is now dealing with an outbreak at an oilsands facility.

Dr. Deena Hinshaw, the province’s chief medical officer of health, said three workers have tested positive at the Kearl operation north of Fort McMurray. Six others have been tested and are isolating.

The facility is jointly owned by Imperial and ExxonMobil Canada.

Hinshaw told a news conference Wednesday that health officials are working with the operators to prevent the novel coronavirus from spreading at the work camp.

“These procedures include appropriate cleaning and infection prevention,” she said.

“This includes a focus on physical distancing, isolating any employee who has COVID-19 symptoms and limiting gatherings as required.”

Hinshaw and Premier Jason Kenney said they are working to keep employees safe the best they can while allowing the operation to continue given it is an essential service.

“We have been focused on this since the pandemic began, working with major oilsands producers and other operators of critical infrastructure … seeing if they need particular assistance with potential quarantine of workers or (personal protective equipment),” said Kenney.

Imperial confirmed that one its employees at the Kearl project has tested positive for COVID-19.

“The employee reported symptoms last week and was immediately isolated at the camp, in accordance with Alberta Health Services guidelines,” a company spokesman said in an email.

Imperial said over the past several weeks a very small number employees have tested positive during days away from the site and have isolated themselves. It said additional testing is underway.

Imperial said it has a team in place managing the situation and has bolstered cleaning and sterilization practices. Employees are being screened at flight centres, on daily bus trips and at the site, including having their temperatures monitored.

The company said it has taken steps to ensure social distancing at camp and on the work site.

Wednesday marked six weeks since the first case of the novel coronavirus was reported in Alberta. It was also the first time since March 28 that Hinshaw was able to announce no new fatalities.

Hinshaw said there have been 126 new cases, bringing the total to 1,996. The province’s death toll remained at 48.

Thirty of the 48 deaths were of residents at six different care facilities in Edmonton, Calgary and northern Alberta. There have been 21 deaths alone at Calgary’s McKenzie Towne Continuing Care Centre.

Outbreaks have been reported at 22 care centres and strict prevention measures are in place. No visitors are allowed except for under extreme circumstances. Staff must wear masks and cannot work at more than one facility.

The number of hospitalizations has held steady for the last two weeks, with between 39 and 48 patients at any given time and the number of those in intensive care units hovering in the mid-teens.

Hinshaw, asked about the trend, said the numbers can be misleading given the daily fluctuation, with some people hospitalized for a short period and others much longer.

She said she expects to have more detailed analysis on the hospitalization numbers later in the week.

“Stable (trending) is good. It’s better than rising,” she said. “But what we’d like to see are those trends decreasing, and so far we’re not quite seeing that yet.”

Hinshaw has said she wants to see two to three weeks of declines in case counts before she would consider recommending Kenney take steps to reopen the economy or relax rules against large gatherings.

Also Wednesday, Kenney announced his government will spend an extra $53 million to help people dealing with mental and emotional stress tied to the pandemic.

Kenney said the money will expand online, phone and direct support for those seeking help.

“Our message to Albertans today, especially to those feeling psychologically or emotionally overwhelmed, is that help is available,” said Kenney.

“The impact is real and it must be met head on.”